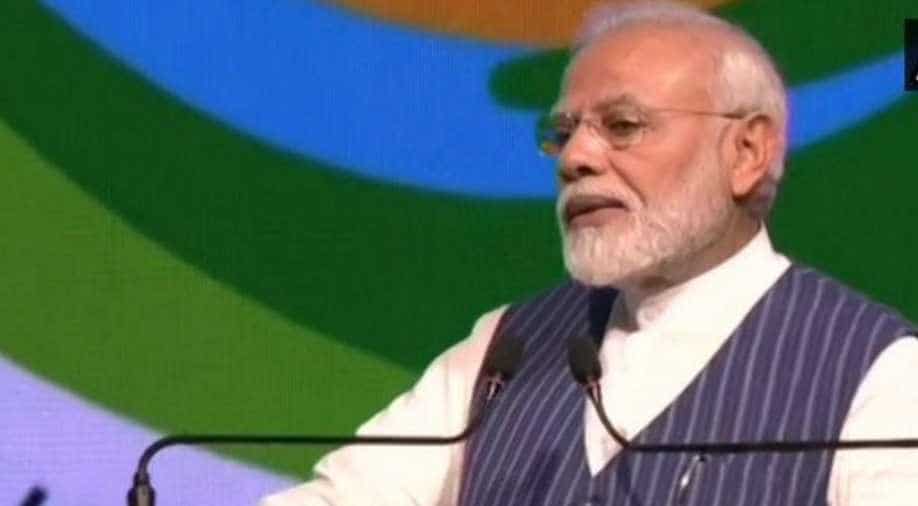 Addressing an election rally at Sakoli, the Prime Minister said the work is being done with a larger vision for farmers.

In a big boost to strengthen rural infrastructure, Prime Minister Narendra Modi on Sunday said that Rs 25 lakh crore will be spent on infrastructural development in the villages across the country.

"The rural economy of the country is now being given as much attention as never before. Already the work is going on on the roads of the village. Now in the coming years, Rs 25 lakh crore will be spent to develop infrastructure in the villages. The money will also be used to construct modern storage centres for crops," he said.

Addressing an election rally at Sakoli, the Prime Minister said the work is being done with a larger vision for farmers.

"We have tried to change the situation and have taken steps to solve the problems of farmers permanently," he said.

"When pure water is made available to everyone, you and your cattle will be healthier. The industry will develop swiftly in drought-hit regions with the proper supply of water. This will provide new sources of employment," he added.

The Prime Minister called upon the people to develop hotels and other infrastructure facilities in Bhandara to attract tourists in the region.

"This entire area is full of forests ... There is a lot of potential for tourism here. The area also has plenty of products produced by tribal society. It is important to make Chulband river and Nagzhira National Park more attractive to tourists. It will pave the way for self-employment of local people," he said.

PM Modi said the projects related to the development of tribal areas and their self-employment is in full swing.

"A comprehensive network of Eklavya Model School is being prepared by the government to enhance the education and skills of tribal children," added Modi.

The Assembly polls in Maharashtra are scheduled for October 21 along with Haryana. The counting of votes will take place on October 24.