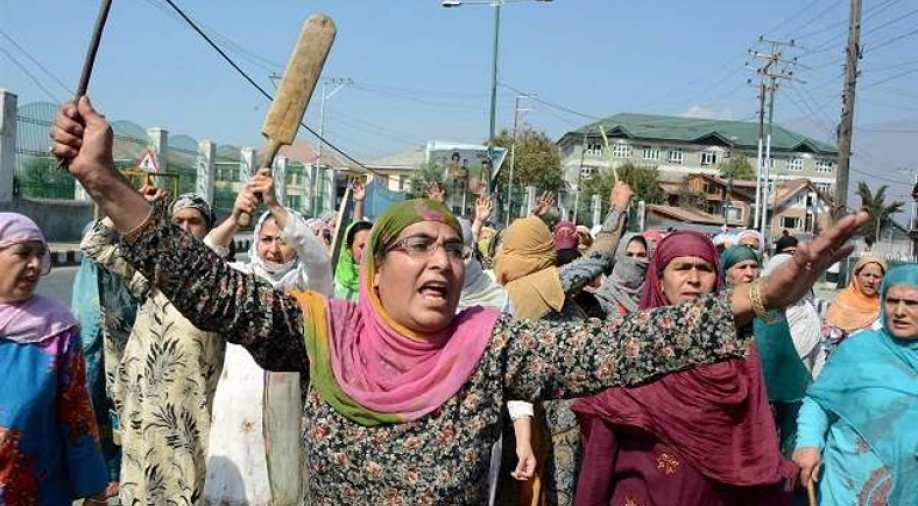 Women protesters shout slogans during a protest against the growing incidents of braid chopping in Kashmir at Hazratbal near Srinagar on October 19. Photograph:( PTI )

In Kashmir, there were 72 cases of people beating up innocents on the suspicion of them being braid-choppers and cases would be registered against all those who took law into their own hands, Director General of Police (DGP) Dr SP Vaid said on Monday (October 21).

He also said if needed, those accused of beating up innocents would be slapped with Public Safety Act (PSA), but no innocent person being branded as braid-chopper by the public on suspicion would be booked.

"In 72 cases (of braid chopping), people took law into their own hands and beat up the innocent (in Kashmir Valley)", DGP Vaid told PTI today.

Asserting that FIRs would be lodged in all the 72 cases, he said, "The police will deal with miscreants sternly."

The DGP said police would not book any innocent person and in cases where an innocent person has been handed over to the police by the public on the suspicion of being a braid-chopper, police authorities should tell the facts to the media clearly.

The senior police official said all districts now have Special Investigation Teams (SITs) and officials from Social Welfare and Health department have to be involved in it.

The health department should depute teams to meet braid- chopping victims and probe the matter, he said.

The DGP said, "It (braid-chopping incidents) took place in many parts of northern India and then it was reported in Jammu. Such cases were also reported in south, central and north Kashmir".

"But the difference is that, in Kashmir, there are elements who do not want peace and normalcy," Mr Vaid said, adding such elements were trying to exploit people's sentiments to trigger unrest.