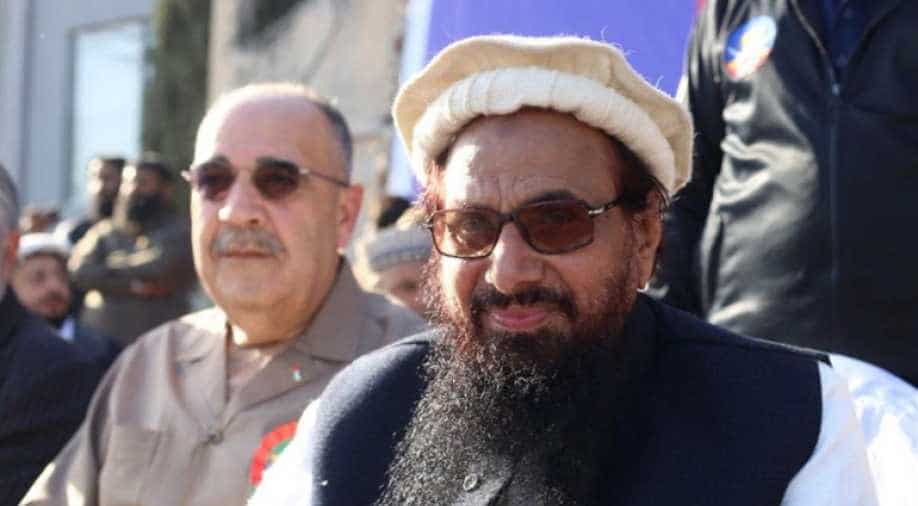 The embassy even questioned the source of this information, saying Walid is very much in Palestine as of now

The Palestine Embassy in New Delhi rubbished Pakistan media reports on Palestine reinstated its ambassador to Pakistan,Walid Abu Ali, days after he was called back for sharing the stage with the chief of the Jamaat- ud -Dawa terrorist outfit Hafiz Saeed.

The embassy even questioned the source of this information, saying Walid is very much in Palestine as of now.

We don't know from where you got this information about Palestine Ambassdor to Pakistan being reinstated. As per our knowledge he is very much in Palestine as of now: Palestine Embassy in New Delhi to ANI on Pak media's reports on Palestine reinstated its ambassador to Pakistan pic.twitter.com/tUzZokC98k

We deny this information. Our ambassador in Pakistan is in Palestine and our position was declared by our official statement which we have published last week: Palestinian Foreign Ministry on Pakistan media's reports that Palestine reinstated its ambassador to Pakistan

A report in Geo TV surfaced which said Palestine on Sunday reinstated its ambassador to Pakistan.

On December 29, the Palestinian envoy shared the stage with Jamaat-ud-Dawa terror outfit chief at a rally organised by Difa-e-Pakistan Council, an umbrella organisation of hardline right-wing groups, in Pakistani city Rawalpindi.

The next day, Palestine had promptly recalled Walid Abu Ali for attending the rally and violating diplomatic norms.

The rally was organised to protest the US decision of recognising Jerusalem as the capital of Israel.

The Government of India had strongly conveyed to the Palestinian side that the Palestinian Ambassador in Pakistan's association with terrorist Hafiz Saeed was unacceptable.

"The Palestinian side has conveyed deep regrets over the incident and assured the Government of India that they are taking serious cognizance of their Ambassador's presence at this event. They have said they will deal with this matter appropriately."India's External Affairs Ministry said in a statement.

Shortly after recalling its ambassador, Palestine issued an official statement reasserting its "commitment and keenness to maintain strong and friendly relations with the Republic of India."