Owners, workers protest against 17-day shut down of industries in Panipat 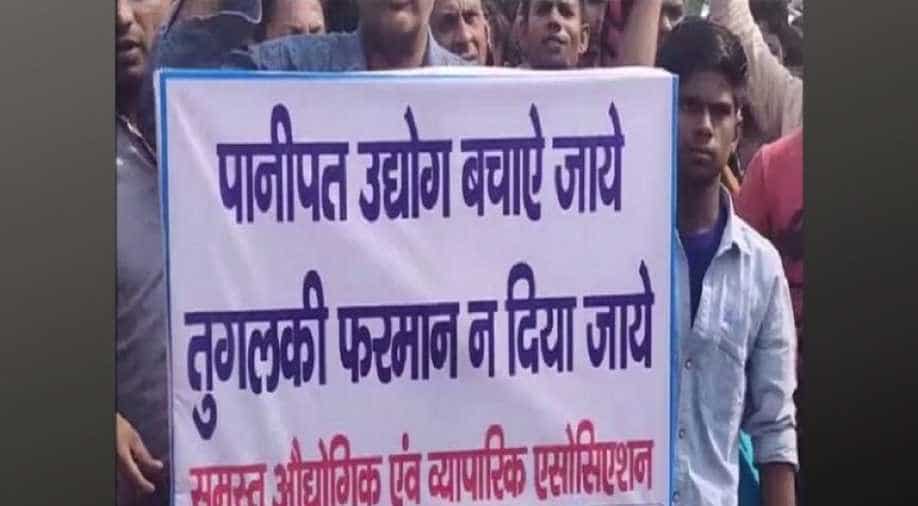 Businessmen and workers connected to industrial organisations on Monday held a protest against the government for the industry shutdown imposed for the last 17 days in the city.

The Environment Pollution (Prevention and Control) Authority had directed the closure of industries to curb pollution from October 25.

Representatives of the industry allege that they are facing losses to the tune of crores of rupees per day due to the shutdown. They further alleged that it is not just the industries which cause pollution.

The businessmen met the Deputy Commissioner today and submitted their request for resolution of their problems failing which they will protest along with their families on the roads from November 12.

Around 5 lakh workers work in 12,000 odd industries in Panipat. Workers are bearing the brunt due to closure of industries as they have been rendered without any source of income for the last 17 days.

"The industry has only been closed in Panipat and not in Karnal and Sonipat. Karnal is the home city of Chief Minister Manohar Lal Khattar and Sonipat is close to Delhi. If the government does not consider our demands, we will be forced to protest at a larger scale," Avinash Garg, a blanket trader said.

"All industrial and business establishments are supporting us in this protest. Due to this the markets will remain closed as a symbolic gesture tomorrow," Bhim Rana, chief of the Dyers' Association said.