Opinion: Is Republic Day really about India's military might? 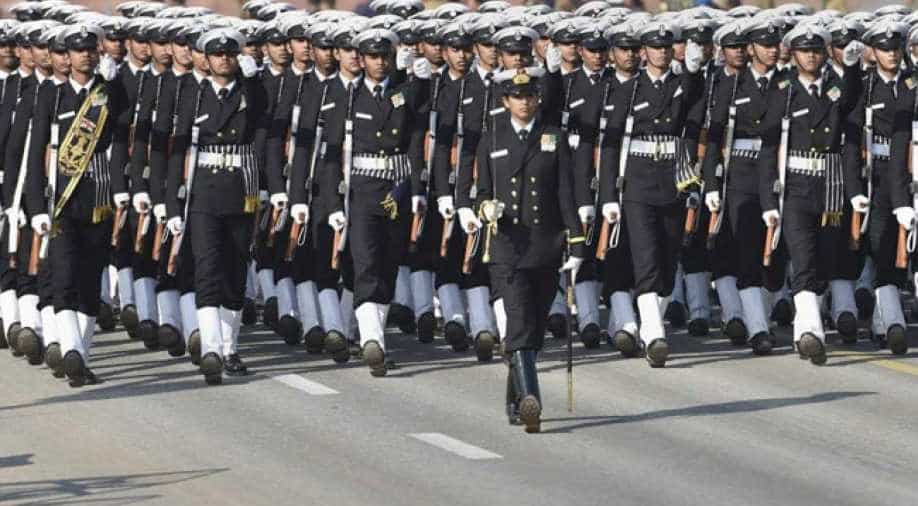 Marching contingent of the India Navy during the Republic Day parade rehearsal at Rajpath. Photograph:( PTI )

26th January 1950, India became a full-fledged nation after implementing its Constitution. The celebrations on this day are primarily related to the show of the military might of India. The primary function is held at Rajpath in New Delhi where the President of India, who is also the Commander in Chief of all forces, take the salute from the marching contingents. Considering that the show of military might is an integral part of Republic Day celebration, we have to ask the political establishment if it giving due emphasis to Indian forces?

Since 1950, much water has been flown through the rivers of this country and India has become much more self-reliant in terms of defence production. Till a few decades back, we had the majority of military equipment bought or borrowed from other countries but this practise does not hold true anymore. Most of the equipment is either developed and manufactured in India or made in India as part of technology transfer.

India is now making Tanks, artillery guns, Intercontinental Ballistic Missiles, high tech communication systems, satellites, advanced air defence systems, fighter and transport aircrafts, attack and utility helicopters, battle cruisers, aircraft carriers and submarines at its own. But it took a much longer journey which we should not have taken had we got a strong political will. Perhaps, we need to learn from Israel as to how they have prioritised the development of the military and we have not.

In last seven decades or so, we have understood that the most important thing required for a country to become a superpower is the political will of its leadership which saw major ups and downs in our country. During this time, the emphasis of our rulers should have laid on India’s military and economic development.

As the first prime minister of India, Mr Nehru lay primary emphasis on developing relationships with other countries and, hence, the military was not given due importance. The humiliation of 1962 war still haunts us where our soldiers were left on the icy heights of Himalaya with no equipment, clothing or even the ammunition to fight the Chinese aggression. Our troops were not only defeated but were butchered by the advancing Chinese forces.

After Nehru's death, the Congress era of just two years (1964-1966) saw three prime ministers and they were unable to take any major military decision. This era saw another war of 1965 where political leadership clearly failed to leverage the gains achieved by the military on the negotiation table.

Contrary to her predecessors, Indira Gandhi’s gave some of the desired emphasis to the Defence Forces. The creation of RAW, India’s Special Forces, Integrated Guided Missiles Program, India’s Space Program, India’s Nuclear Program and others got initiated during this time. However, due to the increased expenditures on welfare activities, the fund allocation for Defence was still very low.

Prime Minister Morarji Desai who was in power in the late 1970s, was also not fond of the military; he almost disbanded the intelligence agencies. anticipating that they are spying on him.

Indira Gandhi became the prime minister, once again, for a short duration from 1980 to 1984 but was unfortunately killed before she could take up any concrete step to boost up the country’s Defence.

It was followed by Rajiv Era from 1984-1989 which was primarily aimed at economic development and IT revolution. We must mention that the highest ever defence budget of 3.9% was recorded in 1987 but due to corruption in defence deals, the Military could not be benefitted really. We are still carrying the legacy of Bofors even after 30 years.

The prime ministership of Atal Bihari Vajpayee from 1998 to 2004 came as a sigh of relief which saw many developments, including Pokhran II, Kargil war and Operation Parakram but the last one really showed us the mirror as to where do we stand in terms of our military might.

The government took some major decisions but before they could be executed, the government lost the elections and the second Congress era started under Prime Minister Manmohan Singh. The government tried to complete various projects initiated by Mr Vajpayee, however, since government tried to put more money into welfare schemes, the sufferer was military. The Defence budget saw a continuous decline from 2.9% in 2010 to 2.6% in 2014.

Under the current government of Prime Minister Modi, things are progressing but it is assumed that it will take another 6-7 years to do the damage control of the past. We are moving faster than previous years but still it requires lot many efforts. What is needed most is that Indians must come out of the mentality of a developing nation and understand the meaning of being a world superpower. We indeed are. We have the will, we have the potential, we have the talent. Only the correct and effective utilisation of resources and a right mindset is needed.