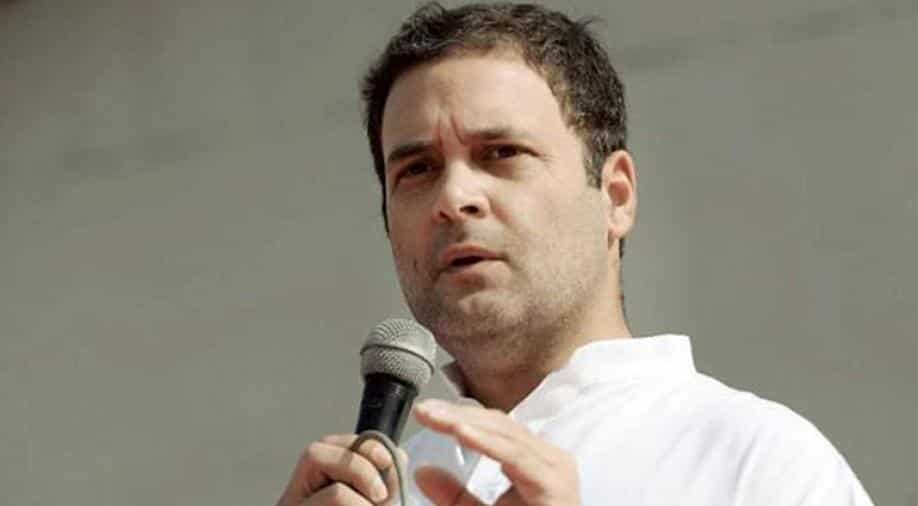 The opposition is attacking NRC on case-to-case basis. It is being made to look that as if each and every Muslim in the North East is being targeted.

The political response on the National Register of Citizens (NRC) has shown that the Congress lacks institutional memory. On the pretext of tardy implementation, the party has attacked the process itself. West Bengal Chief Minister Mamata Banerjee went a step forward and declared that NRC would result in a civil war. This attempt to browbeat is a grim reminder to the horrible violence and long 'bandhs' which Assam has gone through. One has to visit North Eastern states to understand that how ethnic communities feel threatened by economic immigrants from Bangladesh.

Firstly, all immigrants from Bangladesh are not refugees. Most of them are citizens of Bangladesh who left their country for better economic opportunity. Only Rohingyas are stateless people. Their existence is not acknowledged by Myanmar, where they originally belong to. They are called Bengalis in Myanmar - in an attempt to project them as Bangladeshis. They are in the true sense refugees and the issue of their settlement in Jammu acquired communal overtone because the majority felt threatened.

The question is: Who decides people from different nationality can settle where? Modern states strictly monitor immigration. In India, land is a scarce resource and any perceived threat to alter demography is to invite trouble. So, is it correct to for any public intellectual to be sitting in any part of India to pontificate on the issue of poor immigrants when the local community has an objection to it? Such public intellectuals do disservice to liberal values because liberal values do not entail ridiculing local sentiments even at the cost of sounding boorish or rough. It is for this reason that Congress finds itself in the minority today it comes across as a party of ageing liberal elites who find the anxiety of local communities in North East communal, false and even provoked by BJP-RSS combine. However, the matter should also not be confused with internal migration which is legit. Even then, massive migration gives rise to ethnic politics represented by the Shiv Sena, which opposes North Indians, especially those from Bihar and UP, migrating to Maharashtra. Like it or not, it exists and survives.

It needs to be understood that NRC is a promise made by former Prime Minister Rajiv Gandhi under Assam Accord. It was the inability of the successive governments that matter went to the court and process became Supreme Court monitored. The fact that it is being monitored by the Supreme Court further demonstrates the failure of the Executive to carry out important policy decisions. The bottomline remains that Assam Accord was a successful exercise done by Rajiv Gandhi which normalised Assam and calmed the anxiety of the local community.

The opposition is attacking NRC on case-to-case basis. It is being made to look that as if each and every Muslim in the North East is being targeted. Is it to say that there has been no immigration? That no Bangladeshi immigrant ever came to Delhi? That there is no Rohingya colony in Delhi and Jammu region? That demography of Assam and West Bengal has not been altered at all? That not one Bangladeshi has been able to enlist him or herself as a voter in North East and West Bengal and the demography of our border states has not changed? All of it has happened but the Trinamool Congress (TMC) and Congress have chosen to do sectional politics on this issue. It will suit the TMC but not Congress. Despite making all the noise, Mamata Banerjee will choose to remain in Writers Building from where she will prefer to play the role of a kingmaker in different political circumstances.

Congress on the other hand will bear the brunt of NRC politics nationally where party's commitment to country's own citizens would be questioned. It has the same potential to go down as triple talaq controversy where the issue split the party and it came across as indulging in appeasement of minorities.

NRC should be treated as a commitment made to the communities of North East and West Bengal. For the issue to be turned Hindu-Muslim ahead of the Lok Sabha elections and be made into a case of witch hunting would do no good to the Congress party. The coercive politics of BJP should not be answered with a sectional response. Instead of coming across as tough on the issue of national security, the opposition is repeatedly ending up looking unconcerned.

The way to deal with anxiety of the majority community does not lie in assuming it as false, motivated or inspired by an external agency like RSS. It always existed in different forms but that is a matter of another debate. The Partition of sub-continent on the basis of religion solidified it. Congress needs to embrace the anxiety of the majority community to tackle hard-edged ugly Hindutva which we see every day in form of lynching and indefensible behaviour in public.

A larger Hindu identity overriding caste has become a reality. The answer to this is not caste politics. The answer lies in acknowledging it. NRC is reflecting the ideological instability in Congress. As once India's first Prime Minister famously said, "By education I'm an Englishman, by views an internationalist, by culture a Muslim and a Hindu only by accident of birth."

A lot has changed since then. At that point of time, it sounded modern but today it sounds aristocratic. Politics across the world is getting rooted in cultural sphere and those opposed to it come across as unconcerned elites. It would a travesty that the Grand Old Party of Indian politics would meet its political nemesis on an issue on which it was first to take a tough and principled stand.