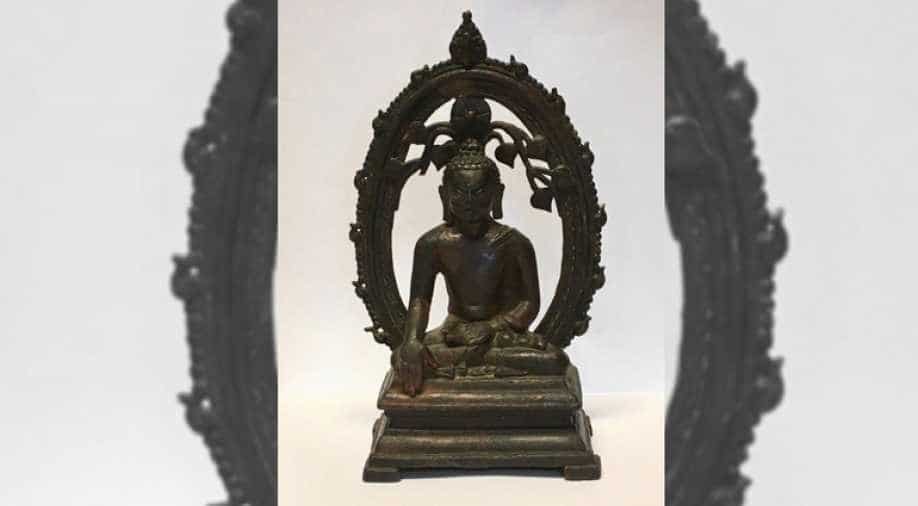 In a major goodwill gesture from the UK, the country has returned a 12th-century old statue of Buddha which was stolen from India 57 years ago in 1961.

It was returned by Metropolitan Police Service (MPS) in a special event as part India's 72nd Independence Day celebrations. Detective chief inspector Sheila Stewart who was accompanied by officials from UK's department for digital, culture, media and sports handed over the statue to the Indian high commissioner YK Sinha.

Lauding the cooperation between the two countries, Indian High Commissioner YK Sinha said, "its a wonderful gesture of handing over priceless Buddha statue. Nalanda was the grandest and biggest university of the ancient world and great centre of Buddhist learning. It's a great honour and privilege to accept the return of Lord Buddha's statue".

Highlighting the cultural diplomacy, Michael Tyrone Ellis Under-Secretary of State at UK's Department for Digital, Culture, Media and Sport said, " As we celebrate India’s Independence Day, I am proud to highlight the latest example of the UK's cultural diplomacy in action. Thanks to the work of the Metropolitan Police’s Arts and Antiques Unit, we are one of the first countries to recover one of the fourteen elusive Buddha statues stolen from Nalanda nearly sixty years ago. This underlines how law enforcement and the London art market are working hand in hand to deliver positive cultural diplomacy to the world"

The Buddha statue, a bronze statue with silver inlay from the post-Gupta 12th century period was one of the 14 statues stolen in 1961 from the Archaeological Survey of India site museum in Nalanda, Bihar.

There was no knowledge of the image till earlier this year when Vijay Kumar of India Pride Project got in touch with the High Commission and MET police.

India Pride Project is a volunteer-network spread across the globe, that tracks and brings back India's stolen heritage. The statue was being auctioned organized by a  London based dealer.

The Metropolitan Police Service (MPS), which is the territorial police force responsible for law enforcement in Greater London, acted swiftly to investigate the case and got experts from the International Council of Museums (ICOM) who confirmed that it was the stolen statue.

Both the dealer and the consignor fully cooperated with the police and it was decided to return the statue back.

The statue will be handed over to the Archaeological Survey of India. Though many will ask questions now, when will Britain return the Koh-i-Noor diamond, which is part of the British Crown jewels now.