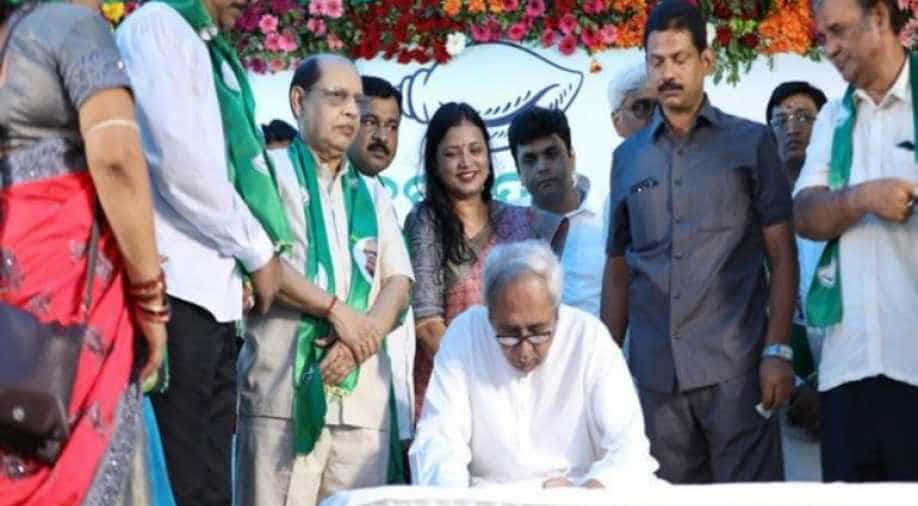 'I firmly believe our membership campaign will be fully successful with the support of the people of Odisha,' Naveen Patnaik said.

In a bid to strengthen the party's base ahead of the civic body polls in Odisha, Biju Janata Dal President and Chief Minister Naveen Patnaik launched party's membership drive at party headquarters in Bhubaneswar on Monday.

Addressing the party workers, Naveen Patnaik said, "BJD is the party of 4.5 crore people of Odisha and they all are its family members, Biju Janta Dal has been receiving blessings from each town, village, and house, through this membership drive we will meet them again, we will meet farmers, youth and common man and seek their blessings and with their blessings we will further strengthen the party."

"I firmly believe our membership campaign will be fully successful with the support of the people of Odisha," he added.

The party is eying to double its membership during this drive, which currently stands at 47 lakh. The membership will be done both manually and online and will continue till October 31.

Bhartiya Janata Party (BJP) has also launched its membership drive in July this year to counter the Biju Janata Dal's membership strength in the state. According to the BJP leader, Golak Mohapatra, party had 30 lakh members and now it has reached 50 lakh which is 10 lakh less from their sate target.