Now a training camp for lawmakers: BJP to conduct 'Abhyaas Varg' for its MPs 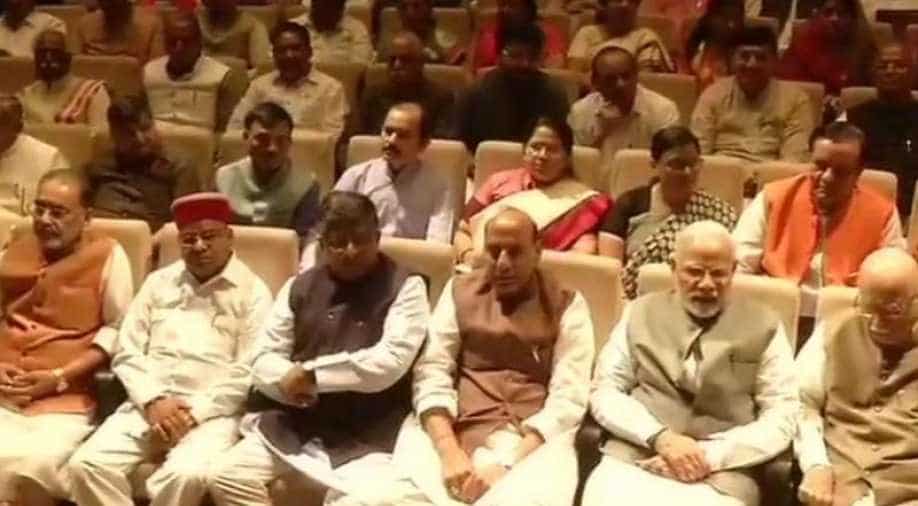 The programme is expected to start at 9 am and would finish at 9 pm. MPs will have breakfast, lunch and dinner at the venue of the training session itself.

BJP will hold an intense training programme of two days for all its Members of Parliament in Delhi to train and sensitise them on the issues related to parliamentary practice, ideology and party.

The importance of this meeting lies in the fact that the training session would give clarity to MPs on crucial ideological issues which are important to BJP. Prime Minister Narendra Modi will also attend Abhyas Varg on both days and is expected to speak at the event as well.

Sources also said that speakers from outside may also address the party MPs. Strict instructions have been sent from the organization that it should not be given a miss at all.

The programme is expected to start at 9 am and would finish at 9 pm. MPs will have breakfast, lunch and dinner at the venue of the training session itself.

Though details of the programme have not been officially released by the party the exercise is to ensure that certain basics of being a Member of Parliament, minister and organizational position holder are made clear to everyone in the party.

This is in contrast to all the major Opposition parties who hold a great public commitment to a certain ideology in public domain do very little to train their MPs when it comes to ideological commitment and responsibility towards parliament and the party.

In this case, BJP has charted a different course and has continued with a vigorous training programme for its elected representatives. Abhyas Varg will be organized in the Parliament for the BJP MPs.