No language will be imposed, says Foreign Minister Subrahmanyam Jaishankar 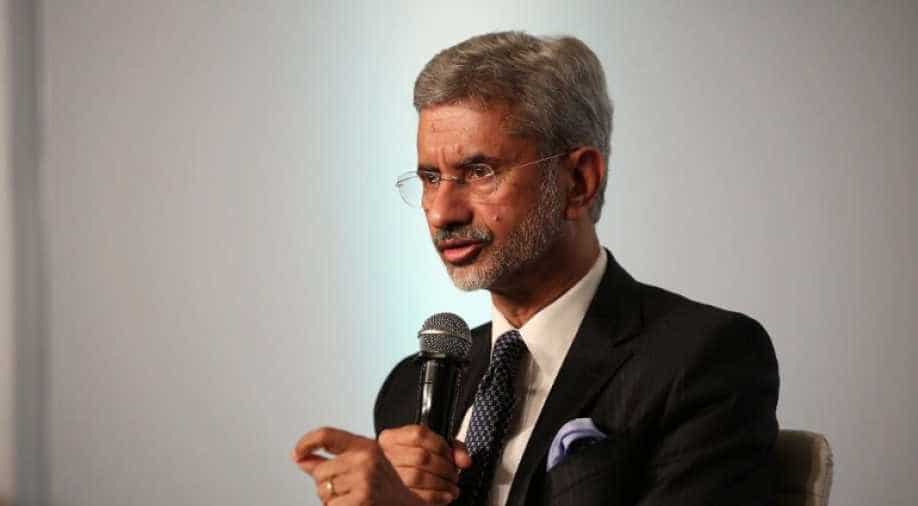 Several political parties had warned the Centre of a language war over 'attempts' to impose Hindi.

Foreign Minister S Jaishankar on Sunday said the Central government "respects all languages" and "no language will be imposed," while stating that all stakeholders - general public and state governments - would be consulted before taking a final call on the three-language norm.

"The National Education Policy as submitted to the Minister HRD is only a draft report. Feedback shall be obtained from the general public. State governments will be consulted. Only after this, the draft report will be finalised. GoI respects all languages. No language will be imposed," said Jaishankar in a tweet.

In another tweet in Tamil, Jaishankar said: "It is only after the recommendation of the people, the Union government will take forward the Education Draft policy. The government will promote all Indian languages. There is no intention of the government to impose any language in any part of the country."

Education Secretary R Subrahmanyam on Saturday had also clarified that no policy decision has been taken by the Central government yet and there would be no "imposition of any language in educational institutions."

"The government under the leadership of Prime Minister Narendra Modi is committed for equal development and promotion of all Indian languages. There will be no imposition of any language in educational institutions, nor discriminations against any language," he had added.

Even Union Human Resource Development Minister Ramesh Pokhriyal 'Nishank' had on Saturday said that no language would be imposed on any state.

"The committee had been formed for drafting the New Education Policy. That committee has given its report. The report of the committee is only received by the Ministry. That is not the policy. No language will be imposed on any state," HRD Minister Pokhriyal had told ANI.

"We have received the draft report to take suggestions from the people. Somewhere this misunderstanding has happened. People think that this has become policy," he had added.

"Secondly, Prime Minister Narendra Modi and our government have decided that we will respect all Indian languages with full power and develop them. There shouldn't be any controversy over this matter," he said.

Several political parties had warned the Centre of a language war over 'attempts' to impose Hindi. Leaders cutting across party lines in Tamil Nadu have said the state has a history on the language issue and would not tolerate any imposition.