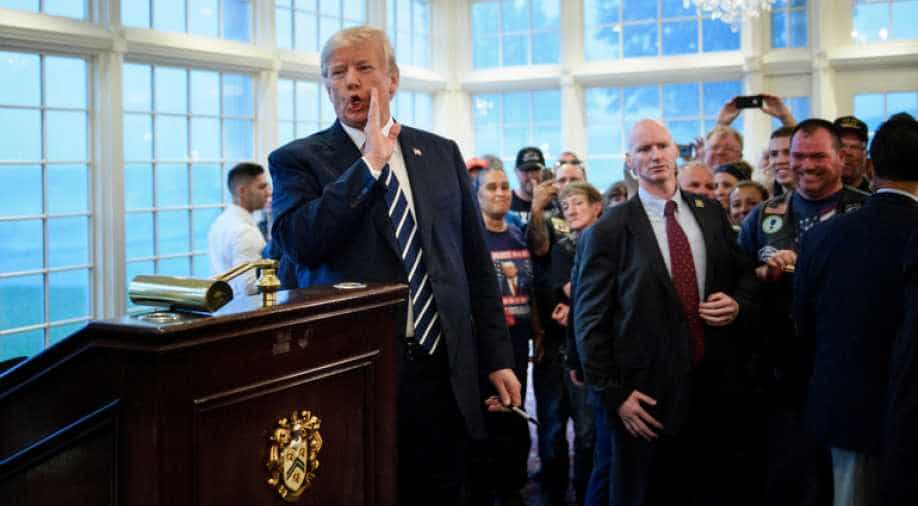 US President Donald Trump makes a comment to the press about former aid Omarosa Manigault Newman while meeting with supporters during a Bikers for Trump event at the Trump National Golf Club. Photograph:( AFP )

RSS idea is similar to that of Muslim Brotherhood's in Arab world: Rahul Gandhi during UK address

Congress President Rahul Gandhi made yet another provocative attack on the Rashtriya Swayamsevak Sangh (RSS) during his overseas tour, this time equating the right-wing group to the Muslim Brotherhood while addressing students in London on Friday.

US stands by its statement asking Pakistan to act against terrorists, amid Islamabad's denial

The United States on Friday said that it 'stood by' its statement where they had mentioned that conversation between US Secretary Mike Pompeo and Pakistan prime minister Imran Khan had sought 'decisive action' against terrorists operating from Pakistan news agency ANI reported.

Next James Bond film to miss release date, looks difficult to even come out in 2020?

Another roadblock in the way of next James Bond film as sources close to the film reveal that it will most likely miss the scheduled release date because of the ongoing tussle between the makers, producers and the main lead actor Daniel Craig.

Sessions hits back as Trump says impeachment would sink economy

US President Donald Trump and his allies tried to head off mounting talk of his impeachment, warning it would sink the world's largest economy and spark a public "revolt."