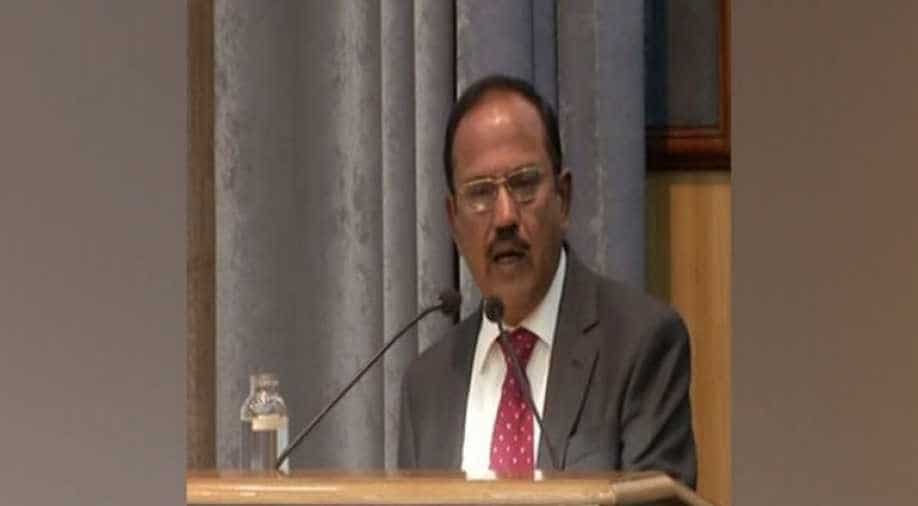 Ajit Doval on Tuesday said that India should assess technologies available within the county to improve national security.

"India should assess core technologies available with all centres of excellence in the country like Council of Scientific and Industrial Research (CSIR), Bhabha Atomic Research Centre (BARC), Indian Space Research Organisation (ISRO) and private sector and see how these can be collectively used to develop core technologies for national security," said Doval.

Addressing the 41st conclave of Defence Research and Development Organisation's (DRDO) directors, he said that India's security vulnerability is "much greater" today and is going to be "much more (sic) greater" in times to come.

He said that historically, India has always remained a runner-up in terms of defence technology and in this field "there are no trophies for the runner-ups."

"The armies that were better equipped always called the shots and decided the destiny of mankind. They were always the one which had higher technologies. India's own historical experience on this has been sad. We were the runner-up. There is no trophy for the runner up," said Doval.

''Either you are better than your adversaries or you are not there at all", he added.

"Niche technologies are something that give India more security. It has to be need-based. We along with our defence services and intelligence agencies have to make a hard assessment that what are our needs, which will give us an edge over our adversaries," he added.

"We are in the regime of distributed production. Probably nobody is making all the components of a system. We have to identify which are those critical technologies that we have to have control over and improve upon," he said.

Doval said that "we should also know how to integrate a system as the capability of integration of a system is more important than probably mastering the whole system."

"For the integration of systems in India, except DRDO, no other organisation is capable. We also require to enhance our capacity for technology absorption. Constant adaptation and change is progress. Therefore, we should not be shy to revisit basics and realign our structures in line with emerging realities," he said.

To bring home his point, the NSA also gave the example of young scientist Alan Turing and several other young scientists like him who were code breakers and made the difference between victory and defeat in World War II.