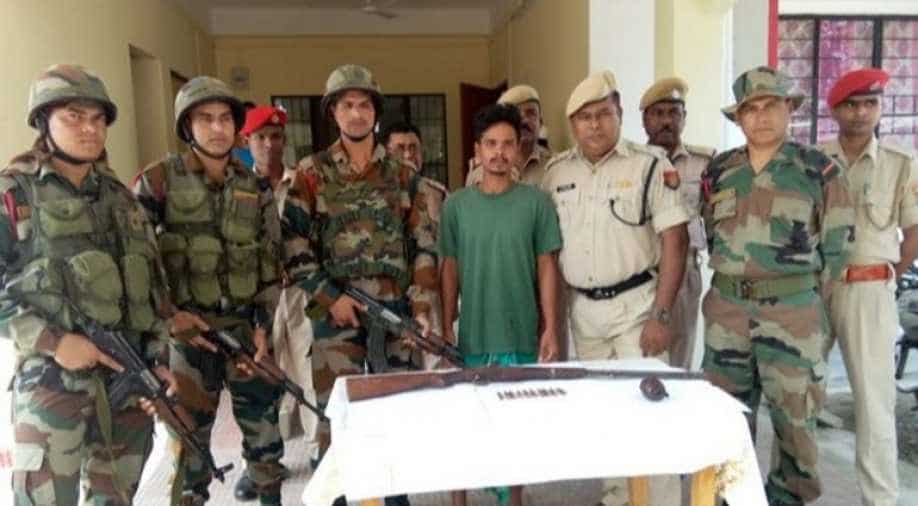 The arrest was made on Saturday.

In a joint operation conducted by Assam Police and the Central Reserve Police Force (CRPF) with army personnel, a National Democratic Front of Boroland (NDFB) member has been apprehended for possessing illegal arms.

The arrest was made on Saturday.

The accused has been identified as Raju Brahma, resident of Dwimiguri village in Chirang district, who is a locally trained militant cadre of NDFB.

"The search operation was based on the secret information and during the search in his house, a plastic-covered package was found from behind his house.
The package was opened in front of the villagers in which a single bore rifle, 10 live cartridges of AK-47 and a hand grenade were recovered", police said.

Weapons and ammunition were later confiscated by Chirang Police and the accused is in police custody.