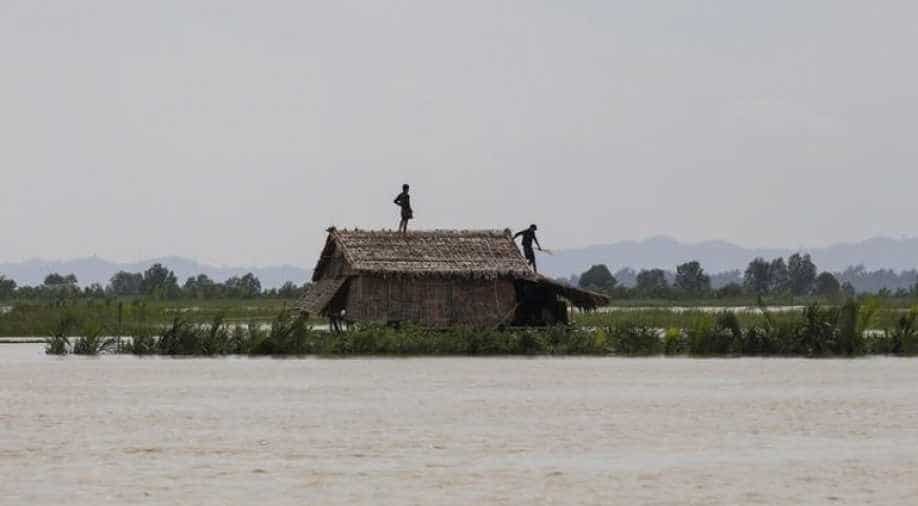 Police said the refugees were grouped in relief camps in two villages in Mizoram. Photograph:( Reuters )

Over 1,400 Myanmarese nationals who took refuge in Mizoram's Lawngtlai district following clash between Arakan militants and the Army there in November last year have refused to return to their country, a senior police officer said today.

The refugees who fled Myanmar since November 25 last year following a crackdown on Arakan rebels by the Myanmar Army in the border areas refused to go back claiming that they were "afraid" of the Myanmar Army personnel, Superintendent of Police of Lawngtlai, Lalsanglura said.

"Though the fighting between the Myanmar Army and the Arakan insurgents had apparently stopped and no gunfires heard for almost a month, the people who took shelter in four villages along the Mizoram-Myanmar border - Laitlang, Dumzautlang, Zochachhuah and Hmawngbuchhuah, still refused to return to their respective villages," the SP said.

The refugees were mainly from the border villages of Varang, Paletwa, Pakangwa and Mulaw in Myanmar's Chin state.

Lalsanglura said the refugees were grouped in the relief camps in two villages for administrative conveniences and also to ensure that all of them return to their homes after peace is restored in the area from where they came.