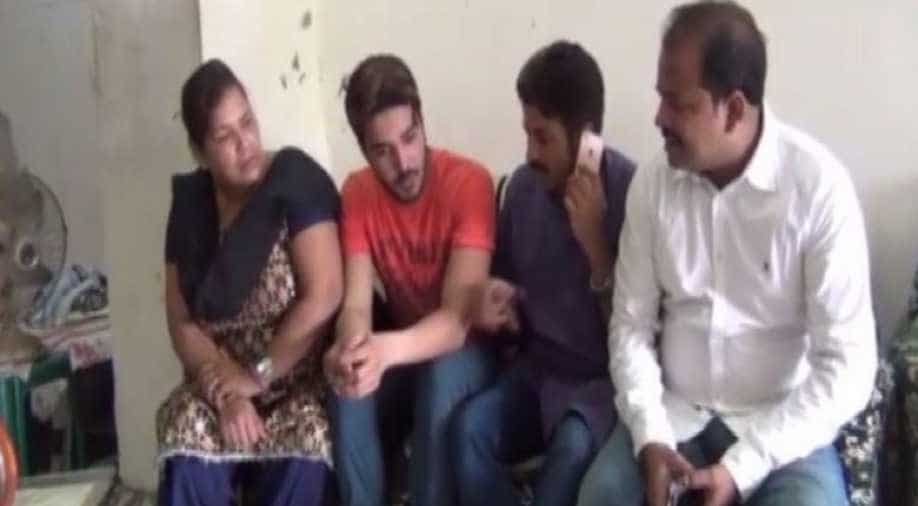 Priyanka was accused of sharing a morphed photo of Chief Minister Mamata Banerjee on social media. She was arrested on Friday and sent to jail for 14 days.

A day after the arrest of Bharatiya Janata Yuva Morcha (BJYM) youth wing convenor Priyanka Sharma, her mother alleged she was arrested at TMC's behest because she used to work for BJP.

"My daughter was arrested because she used to work for the BJP. This is all part of a big plot. This is the first time she is far away from us. Had she been a TMC worker nothing bad would have happened to her, this is all done by TMC. The fact that she is in jail has increased our worries," Priyanka's mother told ANI.

Priyanka was accused of sharing a morphed photo of Chief Minister Mamata Banerjee on social media. She was arrested on Friday and sent to jail for 14 days.

Her brother said, at first, he was not allowed to meet her. However, when he put pressure, the authorities let him in. He also alleged that his sister's security was at risk as her entry in jail was not recorded within 24 hours of her arrest.

"I will take the matter to Supreme Court to save my sister", he said.

Om Prakash Singh, district president of BJYM, said there was nothing wrong with what Priyanka did, but her arrest was wrong.

"Social media is a place where everybody wants the freedom to express. It is shameful that Mamata Banerjee is curbing freedom on that platform. Priyanka just shared an edited photo which was already viral on the platform. There is nothing vulgar or shameful in the photo. We have ideological differences with TMC, but we have never disrespected her."

"The police have not put a non-bailable warrant against her. She is not being allowed to meet her family or anyone. We will take the legal course of action and also carry out protests against this action taken by the police. We will not stay silent when TMC is trying to end the freedom of speech in West Bengal," Singh told reporters.

This is not the first time that Banerjee took action against someone who took a dig at her. In 2012, Professor Ambikesh Mahapatra of the Jadavpur University was arrested for forwarding a cartoon of the chief minister. In the same year, she had also termed a student "Maoist" for questioning her government`s policies.