More love and respect for Sidhu in Pakistan than in India: Harsimrat Kaur Badal 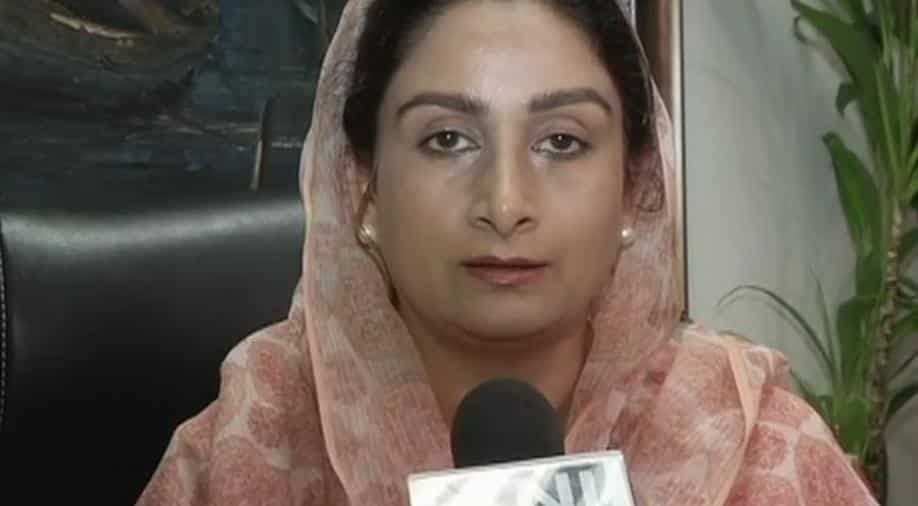 Union Minister for Food Processing Industries Harsimrat Kaur Badal on Wednesday took a jibe at Congress leader Navjot Singh Sidhu and said that he seems to be getting more love and respect from Pakistan than India.

Reacting to the same, Badal told ANI, "He (Imran Khan) offered him (Navjot Singh Sidhu) to fight elections from Pakistan. He (Sidhu) seems to have more love and respect in Pakistan than what I noticed over here. He has some good relationships over there."

Earlier at the ceremony of the Kartarpur Corridor, Imran Khan said, "I heard there was a lot of criticism of Sidhu when he went back after my oath-taking ceremony. I don`t know what he was criticised for. He was just talking about peace and brotherhood. He can come and contest election here in Pakistan`s Punjab. He will win."

Badal further said it was an "emotional and a historic" moment for her to attend the ceremony.

Several dignitaries and ministers from both the countries attended the Kartarpur Corridor groundbreaking ceremony held in Lahore.

The Kartarpur route along the India-Pakistan border is three kilometres away from Gurdaspur, Punjab. Once opened, it would allow Sikh pilgrims a direct access to the historic gurdwara Darbar Sahib in Kartarpur, Pakistan, where Guru Nanak died in 1539.