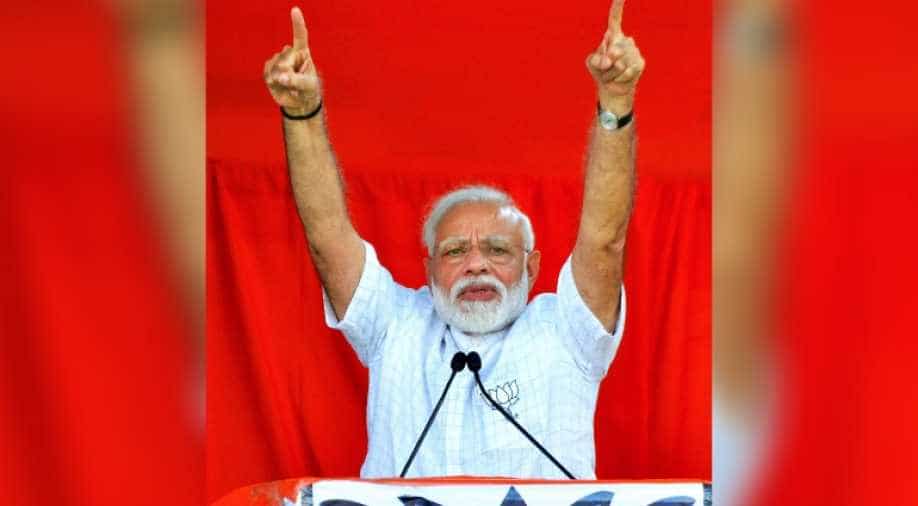 Modi was addressing an election rally in Wardha, Maharashtra

Modi was addressing an election rally in Wardha, Maharashtra.

''I would like to congratulate our space scientists and ISRO for their achievement. By successfully launching PSL-VC45, more than 2 dozen of satellites from five countries were sent to space,'' Modi said.

Earlier when satellites were launched only a select few were able to watch it, Modi said and added, ''to create an interest for science and sense of respect towards our scientists we took an important decision and whenever such launches happen, seating arrangements will be made for common people''.