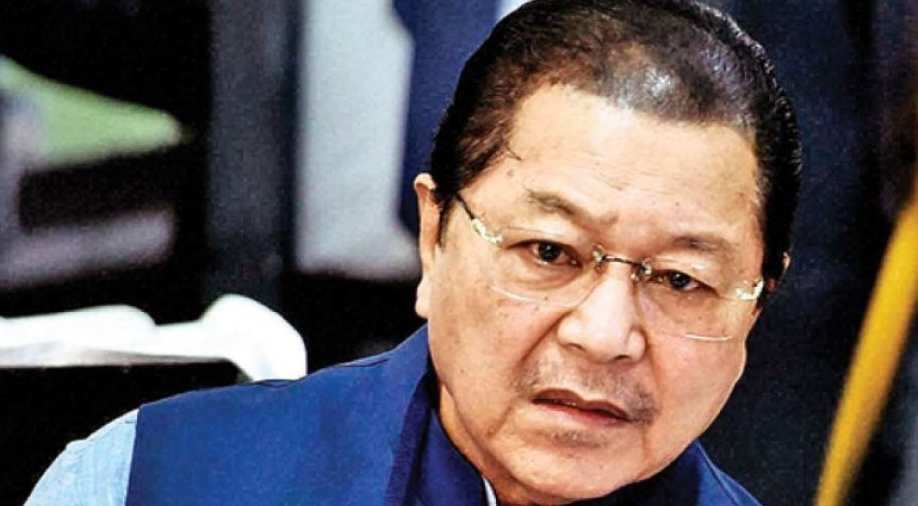 The Mizoram BJP president also claimed that most of the elected Congress MLAs will join his party after the poll results for the state are out on December 11. The elections are scheduled to be held on November 28 for 40 assembly states of the state, where the Congress has been in power since 2008.

Amid rising election campaign heat in Mizoram, the state's BJP unit chief J V Hulna has claimed that Chief Minister Lal Thanhawla of Congress wanted to join the saffron party along with some other party MLAs before the poll process started, a claim dismissed by the ruling party leaders as a "joke".

The Mizoram BJP president also claimed that most of the elected Congress MLAs will join his party after the poll results for the state are out on December 11. The elections are scheduled to be held on November 28 for 40 assembly states of the state, where the Congress has been in power since 2008.

The BJP has never won an assembly election in this small hill state with a population of just about 10 lakh people, including nearly 7.68 lakh voters, but it is seen by the saffron party as the "final frontier" in the North-East as it is in power in all other states of the region -- either by winning polls or joining ruling alliances.

The BJP president Amit Shah recently declared that Mizoram, a Christian-majority state, will celebrate Christmas this December under the BJP rule.
"Lal Thanhawla himself, before this election, and his followers contacted the central leadership (of BJP) to merge the whole Congress in the state, just like the Arunachal Pradesh. They were in contact with them," Hluna told PTI.

"They did not contact me, they contacted our leaders in Delhi. From them, I learnt that Lal Thanhawla was willing to join BJP," he added.

In September 2016, the Congress lost its government in Arunachal Pradesh when 43 of its MLAs led by Chief Minister Pema Khandu defected wholesale and merged with the People's Party of Arunachal, just two months after it had regained power following the Supreme Court's judgement.

A senior leader of the principal opposition party in Mizoram, Mizo National Front (MNF), also made similar allegations against the chief minister and said that the deal fell through as the Congress leader's "demands" were rejected by the BJP's central leaders.

Thanhawla, a nine-time MLA, could not be contacted for his reactions despite repeated attempts, but a senior minister of his Cabinet termed the allegations as the "funniest jokes ever known".

On condition of anonymity, an MNF leader, who is also contesting the Mizoram Assembly elections from a constituency in the capital city, claimed that Thanhawla had contacted a senior central leader of the BJP and had sought the Chief Minister's post for his daughter and the Governor's post for himself in return of joining the BJP with party MLAs.

"But these demands were rejected outright," he said.

When asked about these claims, Hluna said: "These points, I don't know. But I know that he (Thanhawla) had contacted (Home Minister) Rajnath Singh. And from them, I learnt Lal Thanhawla did not mind joining BJP. That's the thing. But his demands, I do not know."

Going a step further, the state BJP president asserted that most of the elected Congress MLAs after the results are declared will join the BJP as Thanhawla's "ideology is to join central ruling party, whether Congress or BJP".

"So after elections, all elected MLAs of Congress will join our party. They will merge with our party, if they really follow Lal Thanhawla's teaching," he said.

Asked further how can he be so sure about all the Congress MLAs joining the BJP, Hluna said: "May not all, but most of them... (will join) within this year."
The former MLA said that for the benefit of the Mizo people, the ideology of any chief minister, whether he from the Congress or the MNF or the BJP, is to be with the ruling party at the Centre as Mizoram is a very poor and interior state.

While Thanhawla could not be contacted despite repeated attempts for his reaction on these allegations, the state's Finance Minister Lalsawta vehemently dismissed these claims.

"Don't make me laugh. Many inventions are there, but that wild allegation -- that is the funniest allegation I have ever known," he said.

On claims about Congress MLAs joining BJP post-result, the senior ruling party leader said: "I have confidence in my colleagues, my Congress candidates. That is the second funniest joke you have given me this afternoon. You will be digging your own political grave if you join BJP once you get elected as a Congress MLA."

Lalsawta, however, said Mizoram would wants to have cordial and good relationships with the Centre like any other state.

Asked about a series of resignations by senior Congress leaders from the assembly and party in the last two months, the minister said there have been various reasons.

"They did not find a promising constituency for themselves. They had to migrate," he said.

At least five Congress MLAs have resigned from the assembly and the party in the run-up to the polls and joined other parties.

With days left for the elections, Congress and the MNF are leaving no stones unturned to woo the voters, while BJP has launched a spirited campaign to get power in this strategically important North Eastern state sandwiched between Myanmar and Bangladesh.