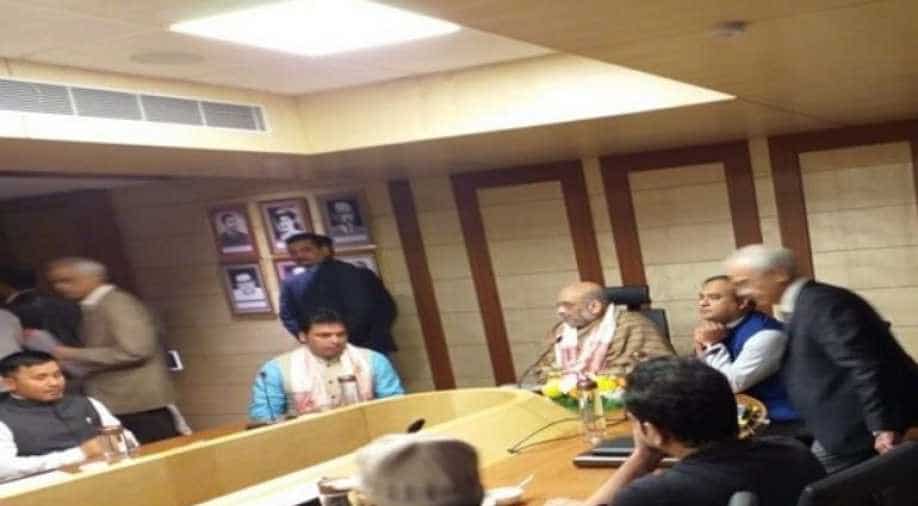 The meetings will take place on two more days - November 30 and December 3 - and will be chaired by Home Minister Amit Shah.

Tripura Chief Minister Biplab Kumar Deb and Assam Finance Minister Himanta Biswa Sarma were among those who attended the meeting.

Earlier today, Congress MPs from the northeast regions and Naga People's Front parliamentarians protested against the proposed Bill. The parliamentarians, holding placards stood in front of the Mahatama Gandhi statue in the parliament premises to register their protest over the bill.

Home Minister Amit Shah had said in Rajya Sabha that the Citizenship Amendment Bill is needed so that Hindu, Buddhist, Sikh, Jain, Christian and Parsi refugees, who are being discriminated on the basis of religion in Pakistan, Bangladesh or Afghanistan, obtain Indian citizenship.

The Citizenship (Amendment) Bill, 2016, which was passed in the Lok Sabha on January 8 this year, aims at granting citizenship to non-Muslims from Bangladesh, Pakistan, and Afghanistan who came to India before December 31, 2014.