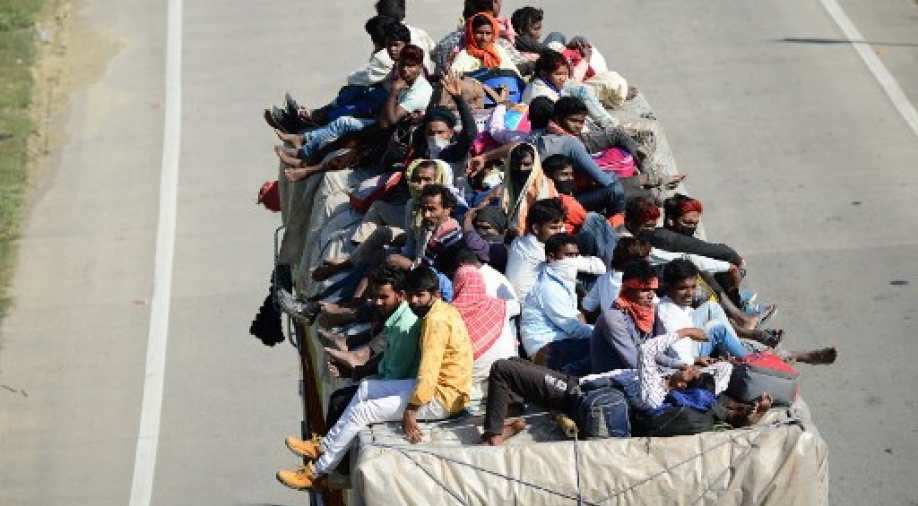 Pressure from within Photograph:( AFP )

While many did make it back home, more than a million migrant workers have been housed in around 31,000 relief camps set up by state governments and voluntary organizations.

After Prime Minister Narendra Modi announced the lockdown, there was a mass exodus of people leaving the cities to head towards there villages. Now, the reports have emerged that these migrant workers are not allowed to enter their villages as people and the health workers in villages fear that they may be carrying the disease.

According to reports, the migrant workers returning from the cities are asked to live in schools and farms outside the village, where local authorities and doctors make regular visits and police make sure lockdown orders are followed.

While many did make it back home, more than a million migrant workers have been housed in around 31,000 relief camps set up by state governments and voluntary organizations across the country to ensure they do not complete their journey, according to a government filing in the top court earlier this week. If they did reach their villages, the federal government said, the pandemic would become "unmanageable to contain."

There is also fear that poor health infrastructure in rural India will be overwhelmed if the poor migrant workers are allowed to enter the villages.

"Government hospitals will run out of beds in rural India even if only 0.03% of the rural population is hit by the virus," said Steve Hanke, professor of applied economics at Johns Hopkins University and the Founder and Co-Director of the Johns Hopkins Institute for Applied Economics, Global Health, and the Study of Business Enterprise. "Nine million people travel back and forth from cities to villages each year -- they will be carrying the virus from cities back to villages where the health infrastructure is even worse."