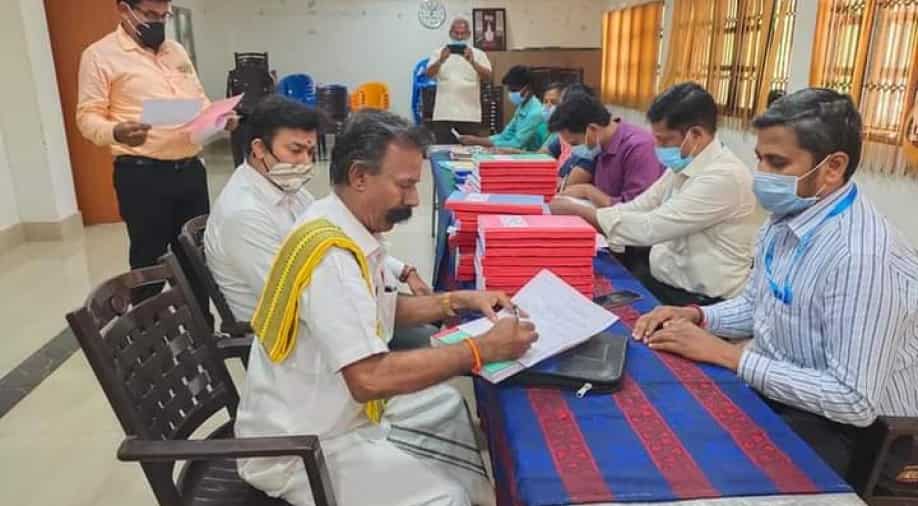 Having spent over Rs.50 lakhs, for contesting and continuously losing at the polls over the last 33 years, Padmarajan has made it to several record books, including the Limca Book of Records.

“Success is the ability to go from failure to failure without losing enthusiasm”, said Winston Churchill. These words drive Election King’ K Padmarajan, for whom losing is winning. The 61-year old independent candidate is now gearing up for three election battles from two Southern Indian states - Tamil Nadu and Kerala. His motto - Losing, just as he has been since 1988 when he first contested in the polls.

Ask him the names of leaders he’s contested against, and the list goes “Vajpayee, Narasimha Rao, Manmohan Singh, Jayalalithaa, Karunanidhi, AK Antony, Yeddyurappa, SM Krishna, APJ Abdul Kalam, Ramnath Kovind, Sonia Gandhi, Rahul Gandhi”. This time around, for the Assembly polls in Kerala and Tamil Nadu, as usual, he’s picked the biggest names to contest against - Tamil Nadu Chief Minister K Palaniswami (who is contesting in his home turf Edappadi) and Kerala Chief Minister Pinarayi Vijayan who is contesting from Dharmadom in Kannur, besides Mettur Assembly constituency in Tamil Nadu, where Padmarajan resides.

After having filed his 217th nomination to face the polls, Padmarajan is a happy man, hopeful of successfully losing this time as well. His aim is to prove that even common citizens can be in the poll fray - whether the post up for grabs is that of a Member of Legislative Assembly, Member of Parliament or even the President of India.

Having spent over Rs.50 lakhs, for contesting and continuously losing at the polls over the last 33 years, Padmarajan has made it to several record books, including the Limca Book of Records.

“I am the only Election King in the world” Padmarajan proclaims proudly. He’s also approached India’s Election Commission to register his party - the Election King Failure party. He hopes that his streak of losses will one day get him a place in the Guinness Book of world records.