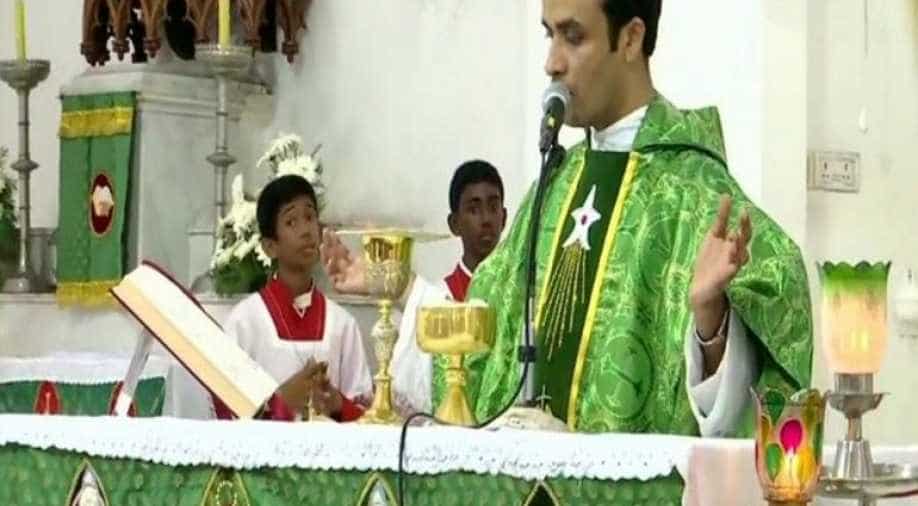 Pope Francis has declared Mariam Thresia, who founded the Congregation of Sisters of the Holy Family, a saint today.

A mass was held on Sunday at St Joseph's Cathedral Church to celebrate the canonisation of Mother Mariam Thresia, who hails from Kerala.

Pope Francis has declared Mariam Thresia, who founded the Congregation of Sisters of the Holy Family, a saint today at a ceremony St Peter's Basilica in the Vatican.

"Mother Mariam Thresia is going to become a saint. She got a real gift from God. As Keralites, we are very proud that she did good for the catholic church and became a saint," Father Manu, Assistant Vicar, St Joseph's Cathedral Church, Thiruvananthapuram said.

"We can be inspired by her and in our day-to-day life should follow her ideals. As Jesus said, we should strive for saintly actions in our lives," he added.
Meanwhile, in Thrissur, people gathered at the shrine of Mother Mariam Thresia at Kuzhikkattussery to offer prayers.