Minting ties: A look at many shades of PM Modi's diplomacy 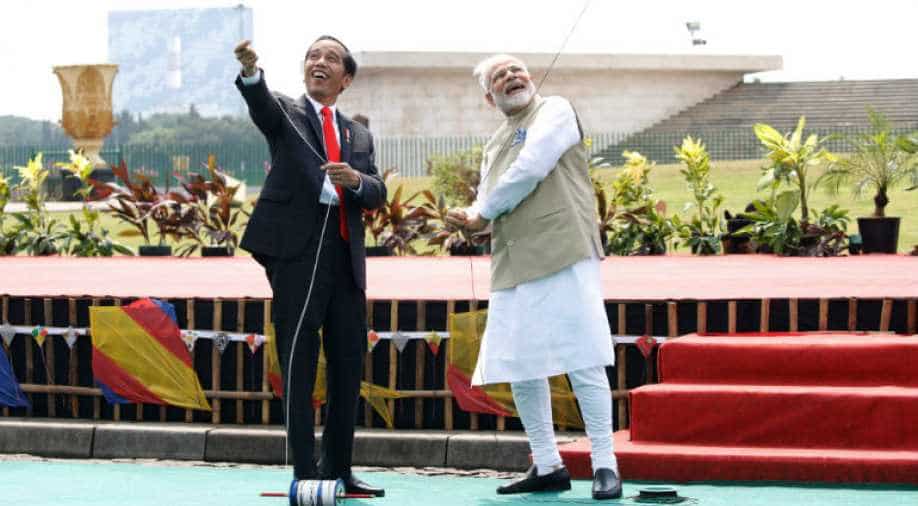 In the recent years, PM Modi has made a point to visit and greet world leaders right after their election and the heads of their state

Prime Minister Narendra Modi has expanded the horizons of his diplomacy in an interesting manner, in the recent years, he has made a point to visit and greet world leaders immediately after they have been elected as their heads of state.

During his ongoing, tri-nation tour of south-east Asia, PM Modi made a brief stop-over in Kuala Lumpur to meet and greet the newly elected Prime Minister Mahathir Mohamad. Immediately after the meet, the Prime Minister tweeted saying, "Glad to have met Dr. Mahathir Mohamad. I thank him for the warm welcome. We had productive discussions on further cementing India-Malaysia ties".

This is not the first time that PM Modi has seized an opportunity to cement ties with a newly elected leader.  When Russia's Vladimir Putin won a fouth term as the president, PM Modi was in Sochi on May 21 for an informal summit.

A similar diplomatic strategy was employed when Angela Merkel, after lengthy negotiations, became the Chancellor of Germany for the fourth term. She was sworn in as the chancellor on the March 14, and to cement the Indo-German ties PM Modi had a brief stop-over in Germany after wrapping up his visit to the united kingdom.

Interestingly, even in the case of China, when President Xi Jinping was unanimously elected for a second term on the March 17, prime minister Narendra Modi was quick to visit China. In an unprecedented informal summit, PM Modi met with the Chinese counterpart in Wuhan to discuss a host of issues, in a bid to resolve differences and reset the Sino-Indo ties.

Although bilateral visits in diplomacy are the order of the day, what is new is the initiative which has been seized, time and again, by the prime minister to mint ties with new heads of countries immediately after their election.