Major fire breaks out at Navrang Studio in Mumbai 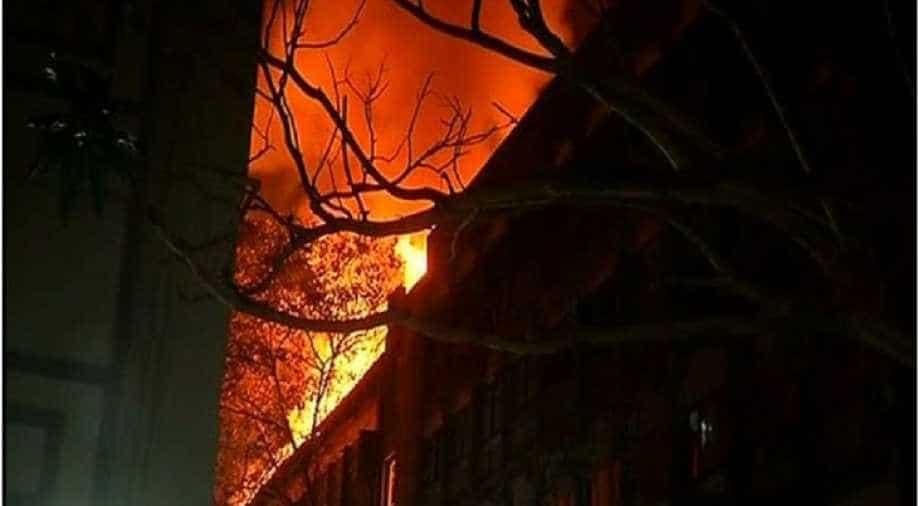 Officials have said that the condition of the building is poor, and can collapse at any time. Photograph:( ANI )

A massive fire broke out at Navrang Studio inside Todi Mills Compound in south Mumbai's Lower Parel in the wee hours of Friday morning.

The fire erupted on the fourth floor of the studio. No casualties have been reported yet and the cause of the fire is unknown.

12 fire engines, which were rushed to the spot, brought the fire under control. An ambulance and 7 tankers also reached the spot.

Officials have said that the condition of the building is poor, and can collapse at any time.

"This building has not been functional for nearly 20 years now. The fire broke out in the fourth floor of the building. Operations are still underway," Deputy Chief Fire Officer R Chaudhary told reporters here.