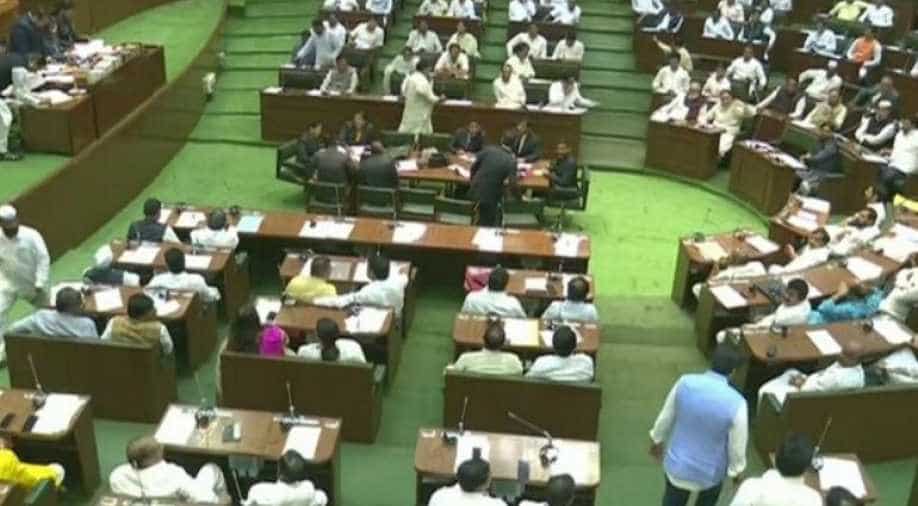 The oath-taking ceremony of newly-elected MLAs began in Maharashtra Assembly in a special session on Wednesday after days of political uncertainty and surprising turn of events in the state.

The pro-tem speaker has started administering the oath to 288 newly elected members in the Maharashtra assembly. The oath is being administered by newly appointed pro-tem speaker Kalidas Kolambkar here at the Raj Bhavan.

On Tuesday, Bharatiya Janata Party (BJP) leader Kalidas Kolambkar had taken oath as the Protem Speaker of the Maharashtra Assembly here at the Raj Bhavan.

"Tomorrow the first session of new assembly begins. From 8.00 am onwards, the oath will be administered to the MLAs," Kolambkar had said.

Today's session comes a day after BJP leader Devendra Fadnavis resigned as Maharashtra Chief Minister on Tuesday merely three days after he took oath in a controversial turn of events.

Later in the evening, the Shiv Sena-NCP-Congress combine met Governor Bhagat Singh Koshyari and staked claim to form the government, following which the Governor announced that Shiv Sena chief Uddhav Thackeray will take oath as the Chief Minister of the state.

Late in the day, a delegation of NCP, Congress and Shiv Sena leaders met the Governor, following which it was announced that Uddhav Thackeray will take the oath of office and secrecy on November 28.