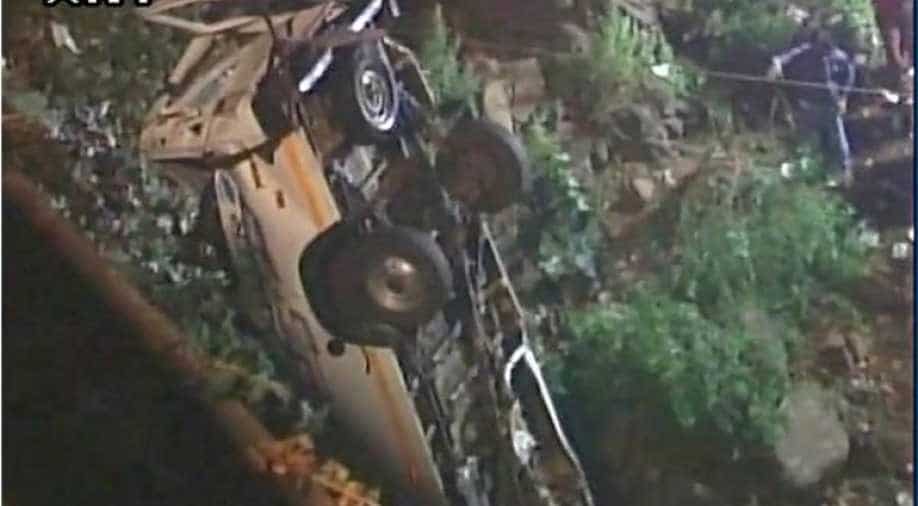 Police have reached the spot and search and rescue operations have been launched Photograph:( ANI )

At least 13 people died and three others injured after a minibus fell into a river in Maharashtra's Kolhapur city on the intervening night of Friday and Saturday.

News agency ANI quoting local officials said that many were also feared missing in the accident that took place in Panchganga river at about midnight.

The bus was travelling from the coastal city of Ratnagiri to Kolhapur when the accident took place.

The initial reports suggest that the driver lost control due to some reasons following which the bus fell into the river.

As of now, police have reached the spot and search and rescue operations are underway.