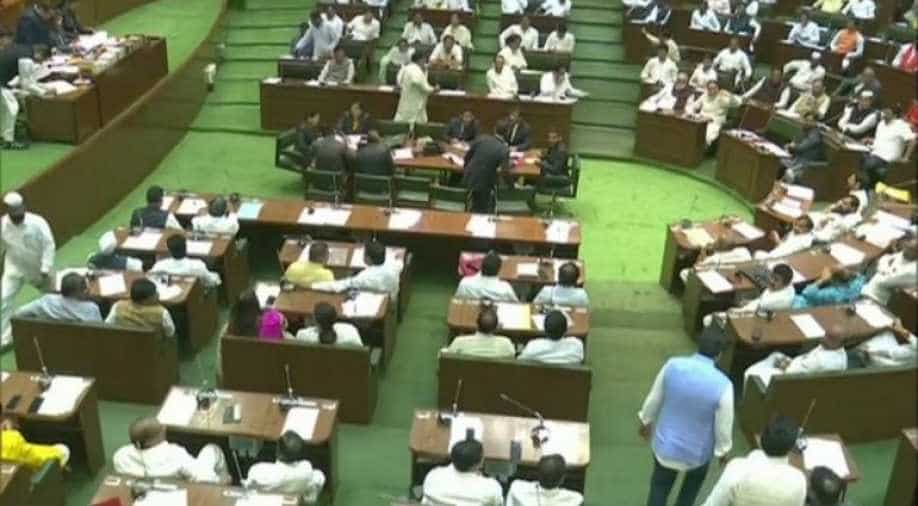 Leaders of the Shiv Sena, Congress and NCP will meet at the Assembly to discuss floor test and Speaker's election at 9.30 am

Two days after being sworn-in as the Chief Minister of Maharashtra, Uddhav Thackeray led government will face a trust vote in Maharashtra Assembly today.

Thackeray is heading the government of the newly formed alliance - Maha Vikas Aghadi, which enjoys the support of Shiv Sena, NCP and Congress legislators.

The floor test proceeding will be conducted by pro tem Speaker Dilip Walse Patil, who had replaced BJP's Kalidas Kolambkar on Friday for the two-day special Assembly session.

Leaders of the Shiv Sena, Congress and NCP will meet at the Assembly to discuss floor test and Speaker's election at 9.30 am.

At 2 pm today, the vote of confidence will be conducted following the formal introduction of new ministers, six in number, to the Assembly.

On Sunday, a permanent Speaker will be elected and the name of the Leader of Opposition (LoP) will be also announced.

As per the assembly results, the Shiv Sena has 56 MLAs, NCP has 54 and Congress has 44 in the 288-member state assembly.

The pro tem speaker has a casting vote in case of a tie.