Lookout notice for Karti as he wanted to close foreign accounts: CBI to SC 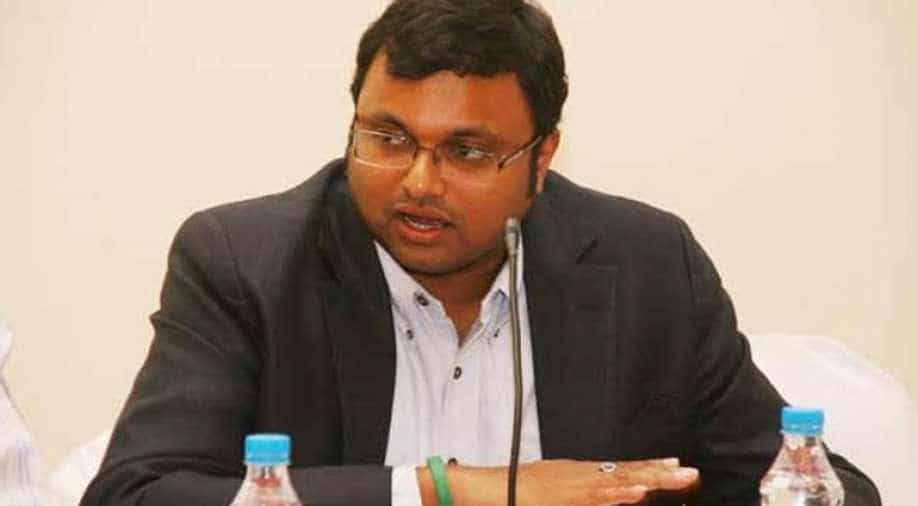 CBI claimed in Supreme Court on Friday for a lookout notice against Karti Chidambaram.

India's Central Bureau of Investigation (CBI) claimed in Supreme Court on Friday that it issued a lookout notice against Karti Chidambaram, the son of former federal minister P Chidambaram, as he wanted to travel abroad for closing his foreign bank accounts.

The SC was hearing a corruption case against Karti Chidambaram.

Karti's counsel Kapil Sibal opposed the CBI's move to submit its finding in a sealed cover to the Bench headed by Chief Justice Dipak Misra.

"What he did abroad is part of this sealed cover," additional solicitor general (ASG) Tushar Mehta told the Bench. Justices A M Khanwilkar and D Y Chandrachud were also part of the Bench hearing the case.

"Let me say what is contained in the sealed cover. What he has done when he was abroad. He said (during interrogation) he has only one account abroad. But when he went abroad, he closed several bank accounts. I don't want to say all this as it will embarrass him, but I have been compelled," the ASG told the Bench.

To this Sibal countered, "Did you ask a single question about the bank accounts and property?"

"They interrogated me (Karti), but not a single question was asked on this," Sibal said. "If they can show any signature of Karti on any account, they can prosecute him under FEMA or the black money law."

The case against Karti pertains to a case lodged by the CBI on May 15, alleging irregularities in Foreign Investment Promotion Board (FIPB) clearance to INX Media for receiving overseas funds to the tune of Rs 305 crore in 2007 when his father was the finance minister during the then United Progressive Alliance (UPA) regime.