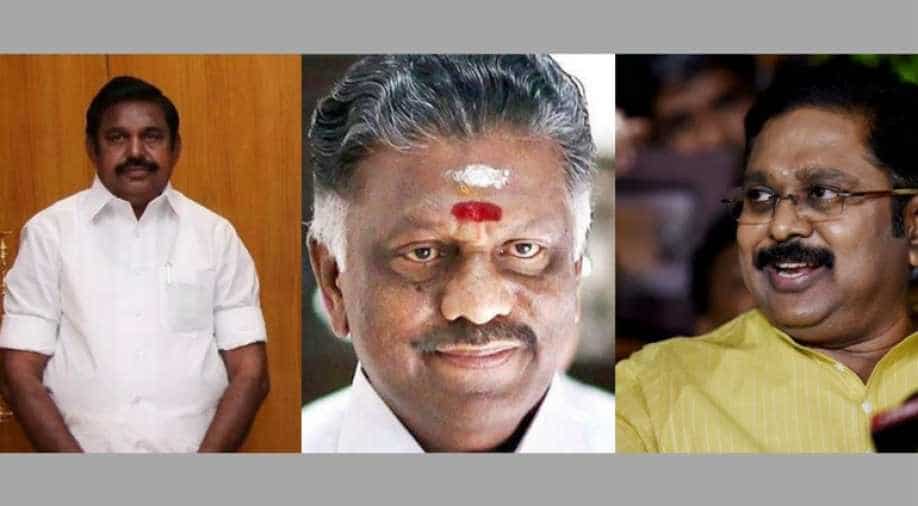 The total vote percentage in RK Nagar by-polls was recorded as 77.68 per cent.

The constituency has recorded 57.16 per cent voting till 3 pm.

There were reports of malfunctioning of the electronic voting machine (EVM) at one polling booth even as brisk voting continued throughout the day.

TTV Dhinakaran, contesting as an independent candidate, refutes BJP's allegation of bribing voters; says "people trust me, they are with me" #RKNagarByPoll pic.twitter.com/HDXUWUOV5c

AIADMK candidate E. Madhusudhanan cast his vote this morning as people began to arrive at polling booths across RK Nagar.

Voters outside a polling station in Chennai's RK Nagar.

#TamilNadu People queue up to vote in the #RKNagarByPoll in Chennai; visuals from a polling booth set up at Chennai Girls Higher Secondary School in Tiruvottiyur pic.twitter.com/XATxJpgYIq

DMK candidate N. Marudhu Ganesh while casting his vote said: "Whether it is Rs 6000 or Rs 60,000, we are going to win, voters of RK Nagar will teach a lesson to AIADMK this time."

BJP candidate Karu Nagarajan arrives at a polling booth in Chennai to cast his vote.

#TamilNadu: BJP candidate Karu Nagarajan arrives at a polling booth in #Chennai to cast his vote in the #RKNagarByPoll pic.twitter.com/KsfiXEIw8d

The bypoll was initially scheduled for April 12 but the Election Commission cancelled it over allegation of votes being bought by parties in the vote-for-cash scam.

The run-up to the election was marred by controversy with the AIADMK faction led by E K Palaniswami-O Panneerselvam(EPS-OPS) along with TTV Dhinakaran vying for the "two leaves" symbol.

In a big blow to Dhinakaran, the Election Commission finally decided to give it to the EPS-OPS faction. As a result, Dhinakaran decided to contest the polls as an Independent.

TTV Dinakaran reportedly has the blessing of Sasikala who is currently in jail convicted in the disappropriate assets case.

Even as the faction-fight within the AIADMK was out in the open, DMK under Stalin campaigned long and hard with support from several small parties including the Left.

Counting of votes will take place on December 24th.