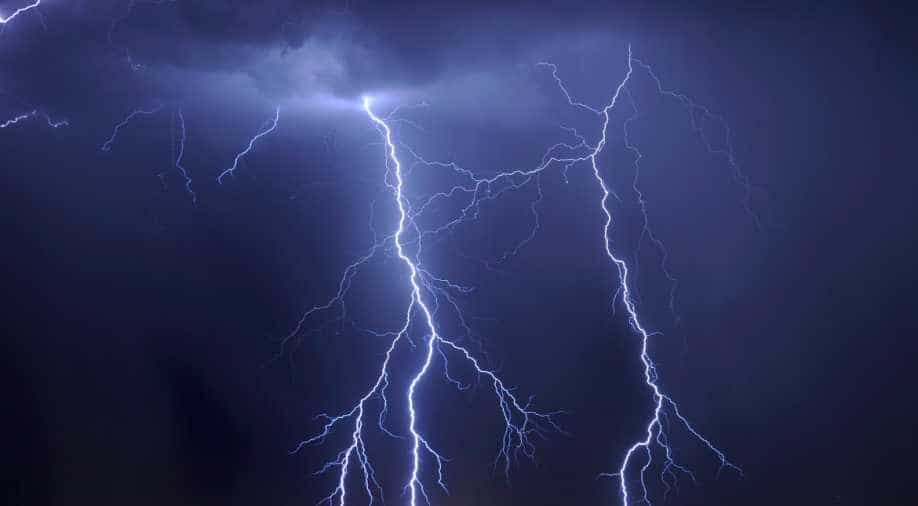 Three persons died in Begusarai and one each in Bhagalpur, Munger, Kaimur and Jamui

Three persons died in Begusarai and one each in Bhagalpur, Munger, Kaimur and Jamui.

Heavy rainfall, thunderstorm accompanied with lightning and gusty winds have been predicted for Bihar by Indian Meteorological Department for the next few days.

IMD said in its evening bulletin that moderate to intense thunderstorm and lightning is "very likely" to occur over Uttrakhand, Uttar Pradesh, coastal Karnataka, north coastal Andhra Pradesh, Bihar, Jharkhand, West Bengal, Andaman and Nicobar Islands during the next 12 hours.