Kerala 'Love Jihad' case: 'I will be killed anytime... I am sure,' says Hadiya in new video 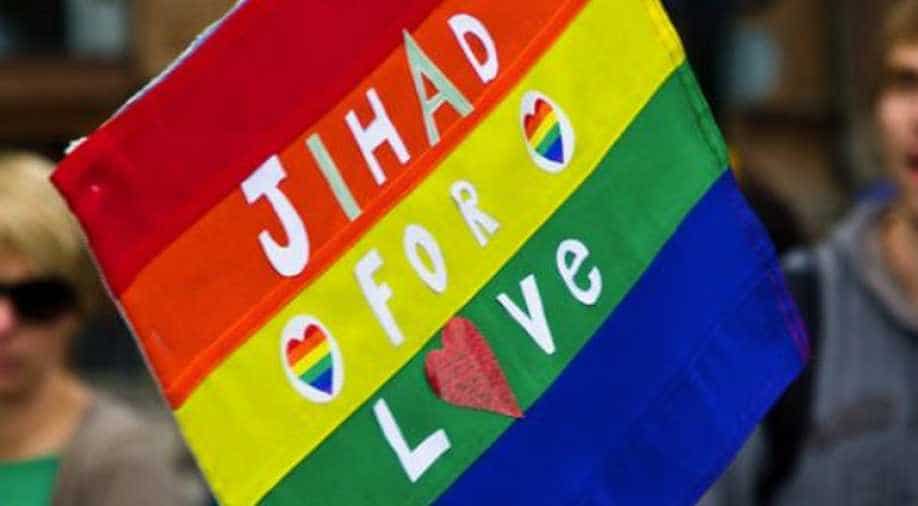 Who gave these people the right to object or interfere in what is purely a personal matter? Photograph:( Others )

"You have to get me out. I will be killed anytime..." says Hadiya in a video released by activist Rahul Easwar in Ernakulam in India's southern state of Kerala.

Hadiya, who was placed in the protective custody of her parents by Kerala High Court, can be heard saying in the video released by The News Minute that her father was beating her up at random and she feared serious physical injury.

Hadiya was Akhila and a Hindu before converting to Islam and marrying a Muslim man. Their marriage is being investigated by the National Investigation Agency (NIA) for being a case of what is called "Love Jihad", seen by many Right-wing activists as an Islamist ploy to convert Hindu young women.

The Kerala High Court annulled her marriage to Shafin Jahan in May after which she has been staying with her parents who have allegedly not allowed her out of the house since then.

The video ends suddenly even as Hadiya hurriedly tries to get her message recorded.

"You need to get me out. I will be killed anytime, tomorrow or the day after, I am sure. I know my father is getting angry. When I walk, he is hitting and kicking me. If my head or any other part of my body hits somewhere and I die...", says Hadiya in the 16-second video, shot on August 17, purportedly recorded by Easwar at her house in Vaikom in Kottayam.

Easwar said the entire video was not released since there was communal content in it and also added that Hadiya's father had moved legally after he released the first video.

"After I released the first video, Hadiya’s father, Ashokan, had moved legally against me, accusing me of breach of trust. Now the HC has said that his case won't stand. In that circumstance, I can confidently release the footage," Easwar was quoted in media reports as saying when he was asked about the timing of the video being released.

Easwar has released the video after film-maker Gopal Menon revealed that the former has a video in which Hadiya has claimed she was being beaten up by her father.

Easwar also told reported that on August 23 he had given the footage to Justice RV Raveendran who was appointed by Supreme Court of India to monitor the NIA probe.

"I followed all legal steps and mailed the video to Justice Raveendran. But when he did not take up the case, I gave a written complaint to the Women's Commission and also submitted the footage to them... Hadiya's rights cannot be compromised with," he told the news outlet.

The next hearing of the case scheduled on October 30.