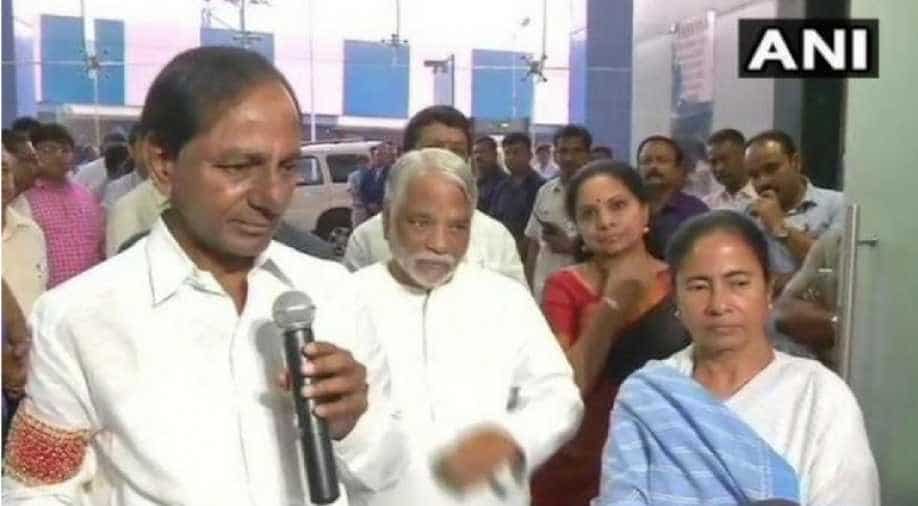 Telangana Chief Minister K Chandrashekhar Rao met his West Bengal counterpart Mamata Banerjee here today and discussed the formation of a federal front to take on the BJP and the Congress in the 2019 general election.

Talking to reporters after the meeting at the State Secretariat, Rao, the chief of Telangana Rashtra Samithi, said that the country needed an alternative agenda and an alternative political force.

"The country needs something good...What will happen if the BJP goes and the Congress comes? Will it do any wonders? We are in talks with like-minded parties," he said, emerging from his meeting with Banerjee who heads the Trinamool Congress.

He said this was the beginning of the federal front which would be a people's front.

Rao had recently said a non-Congress and non-BJP front should be formed in the country, as he called for a "qualitative change" in politics.