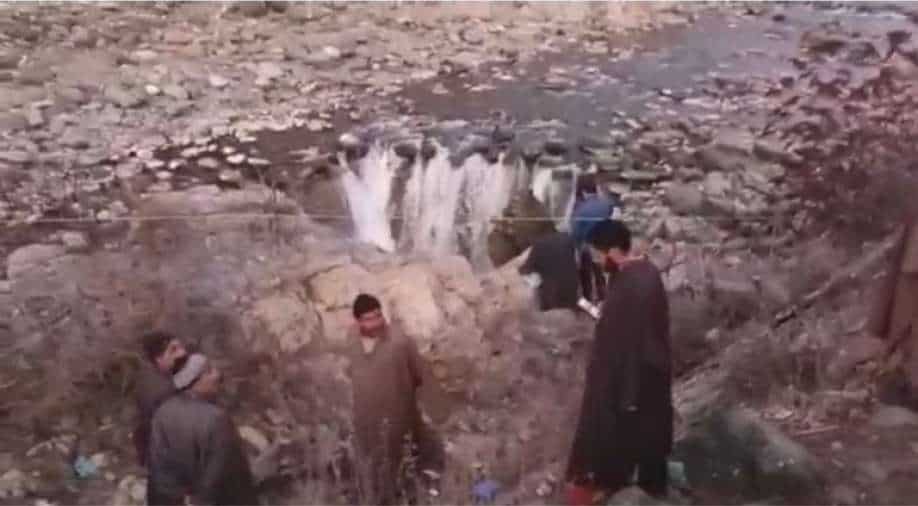 Authorities warned media persons against moving close to a sinkhole in Brengi area of Kokernag in Anantnag, underscoring that they pose threat to themselves as well as attract the general public there. Photograph:( WION )

The government has claimed it has diverted some water from the stream to other tributaries, but it will wait until the research teams complete their results before making a final decision on the sinkhole.

In South Kashmir's Anantnag district, a famous water stream called Brengi is vanishing into a sinkhole that formed a few days ago.

Brengi is known for its brown trout species, and with the formation of the sinkhole, all the water in the stream is vanishing, leaving the stream dry.

The sinkhole and the drying of the stream have created havoc for aquatic life. Many fish could be seen dead on the dry riverbed.

So far, the government has not been able to find a solution to the problem.

The government says they have managed to divert some water from the stream to other tributaries, but they will only take a final call on the sinkhole once the research teams submit their reports.

Three teams from Kashmir University, NIT, and the Geology Department have visited the spot to prepare a report, after which the government will decide on how to fill the sinkhole.

"The water has been diverted through a channel. We don't want to make a hasty decision to fill the sinkhole without proper advice from the three teams that are working on it. We are working on a comprehensive report so that a conclusive way is found. A final report by all three teams will determine our plan of action. This area is not new to sinkhole phenomena. We have also brought in the Fisheries department to shift aquatic life to nearby streams, "said Piyush Singla, DC Anantnag.

In an order issued today, the government warned journalists not to get too close to the sinkhole.

The order said that "It has been observed that despite restrictions being imposed on any assembly of the public or movement of individuals near the sinkhole at Wandevalgam, a number of media personnel continue to move close to and into the sinkhole, posing a threat to their own lives. This in turn attracts the public near the sinkhole, which increases the threat to life and makes crowd control difficult for the administration. Hence, all media personnel are hereby advised and warned not to violate the restrictions imposed around sinkhole." 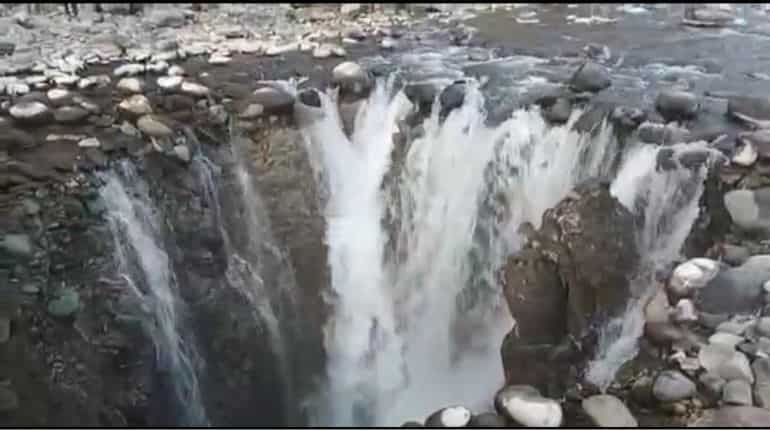 While the teams are working together to develop a strategy to fill the sinkhole, the government says that it's not the first time that a sinkhole has formed in the area.

"The main reason for this is the topography of the area. It is called limestone cast topography. This happened 27 years ago as well. The region is prone to sinkholes, and we are sure it will happen in the future as well. We are talking to experts and finalising a report, after which a decision on filling the sinkhole will be taken, "said Syed Muiz Qadri, Tehsildar, Kokernag.

The final conclusive report by the three scientific teams working on it will be submitted on February 18.