Karnataka results: What happens next will depend on Governor, says constitutional expert 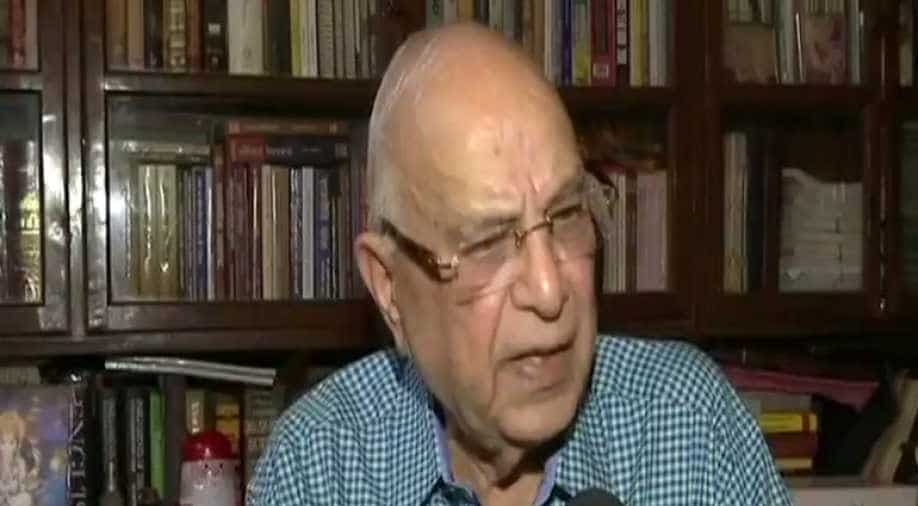 Constitutional expert Subhash Kashyap said the governor is expected to be guided by his assessment of which party is likely to command majority support in the house. Photograph:(ANI)
Follow Us

With both the BJP and the Janata Dal Secular (JDS) staking claim to form the government in Karnataka, constitutional expert Subhash Kashyap said on Tuesday that it is entirely up to the Governor to appoint anyone he thinks proper.

Subhash Kashyap added that the governor is expected to be guided by his assessment of who is likely to command majority support in the house.

No party has got a clear majority in the assembly elections. Official EC trends at the moment say the BJP has won or is leading in 104 seats, the Congress in 78, the JD(S)+ in 37, and Others 3.

BJP leader BS Yeddyurappa has met the governor and asked for a chance to prove his majority.  The JD(S) has also told the governor it would form the government with Congress support. The Congress and the JD(S) have joined hands with the former agreeing to give "unconditional support" to JD(S) chief Deve Gowda's son HD Kumaraswamy as chief minister of a coalition government.

#WATCH Constitutional expert S Kashyap says 'Entirely up to Guv to appoint anyone he thinks proper. He's expected to be guided by his assessment of who is likely to command majority support in the House.' pic.twitter.com/v4Z7Y6HjiJ