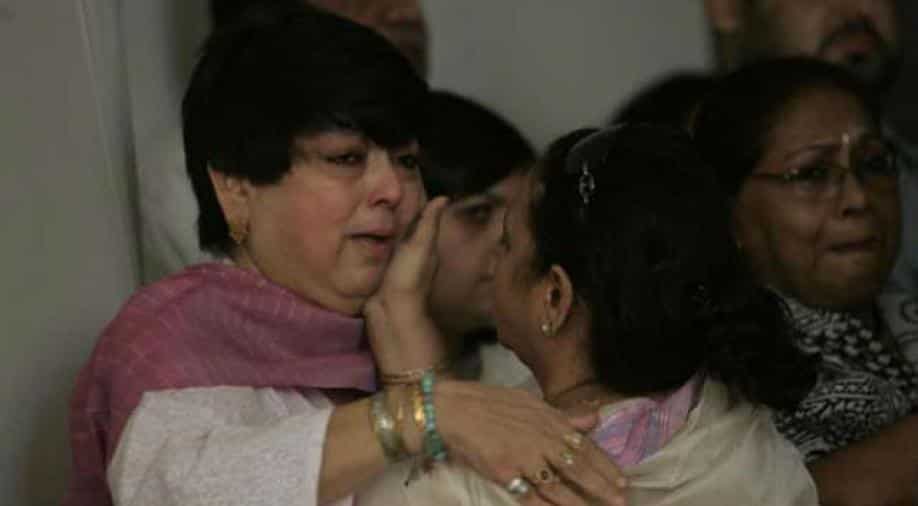 The filmmaker has been battling kidney cancer for the past two years. Photograph:( Zee News Network )

Filmmaker Kalpana Lajmi, who has been battling kidney cancer, was rushed to a hospital on Tuesday morning after her conditioned worsened.

Known for films like Rudali, Darmiyaan and Daman the 61-year-old filmmaker was taken to a suburban hospital here as she felt extremely weak.

" Tuesday morning my heart rate dropped and I felt uneasy. I am a kidney patient and both my kidneys are not functioning properly," Kalpana told PTI.

"Monday was my partner's (Bhupen Hazarika) death anniversary so I went all the way to Vashi (Navi Mumbai) to attend the program. That must have taken a toll on me. So today when I woke up, I felt very weak. I was then taken to the ICU," she added.

The filmmaker said according to the doctors she would be discharged from the hospital in the next "24 to 48 hours".

"I was completely bedridden two years ago. But now I am slightly better by the grace of God. I will give myself another year and a half to walk all on my own without any help," she said.
Kalpana has been going for dialysis every week and is overwhelmed by the financial support she has received from the film industry.

"They all have helped me, from Aamir Khan, Indian Film & Television Directors' Association, Rohit Shetty, Salman Khan, Karan Johar, Alia Bhatt, Soni Razdan, Neena Gupta. All of them have come forward and helped me during my worst. It is a financially draining and a continuous lifelong process.

"I am thankful to my film fraternity for standing by me in this phase. Especially my mother, my brother and Shyam Benegal for their constant support," she added.