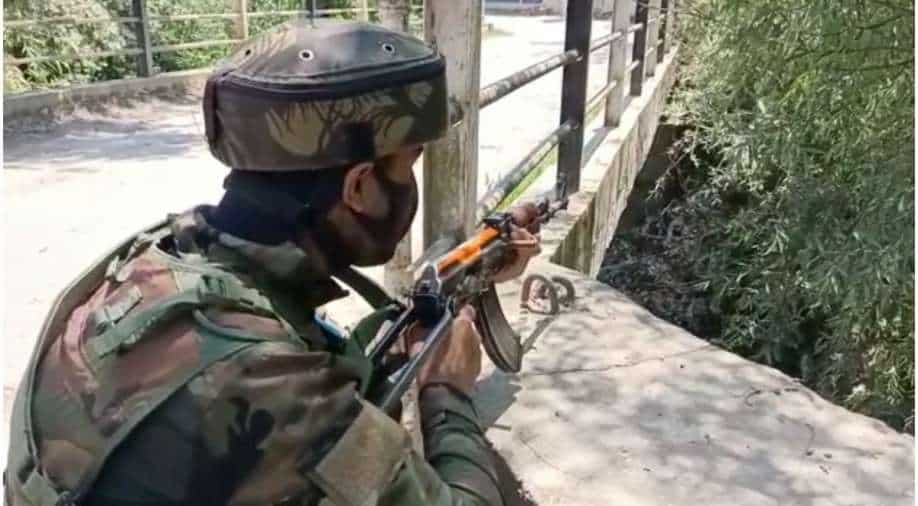 The security forces had a tip off about the presence of terrorists in the Kreeri area of Baramulla district, after which a cordon and search operation was launched. Photograph:( WION )

Jammu and Kashmir Police has killed three Pakistani terrorists in an Encounter in North Kashmir's Baramulla district.The gunfight claimed life of one cop.

Police said it was a chance encounter and all the three terrorists killed belonged to the Jaish-e-Mohammad terror outfit.

"Three Pakistani militants were killed. One Jammu and Kashmir Police official also attained martyrdom in this chance encounter. We had put nakas all over Kreeri area of Baramulla, which is close to Gulmarg...We had said it earlier in the month of November last year that our focus this year would be foreign terrorists. So far 22 foreign terrorists have been killed in various gunfights,'' said Inspector General of Police Kashmir Vijay Kumar.

The security forces had a tip-off about the presence of terrorists in the Kreeri area of Baramulla district, after which a cordon and search operation was launched. During the search operations, terrorists fired on the forces resulting in a gunbattle.

Jammu and Kashmir Police has killed 75 terrorists since the beginning of this year. Out of these 75 killed terrorists 22 were foreigners mostly Pakistani origin. Today was the 49th encounter of 2022. So far 43 mostly hybrid terrorists have been arrested by the Police.