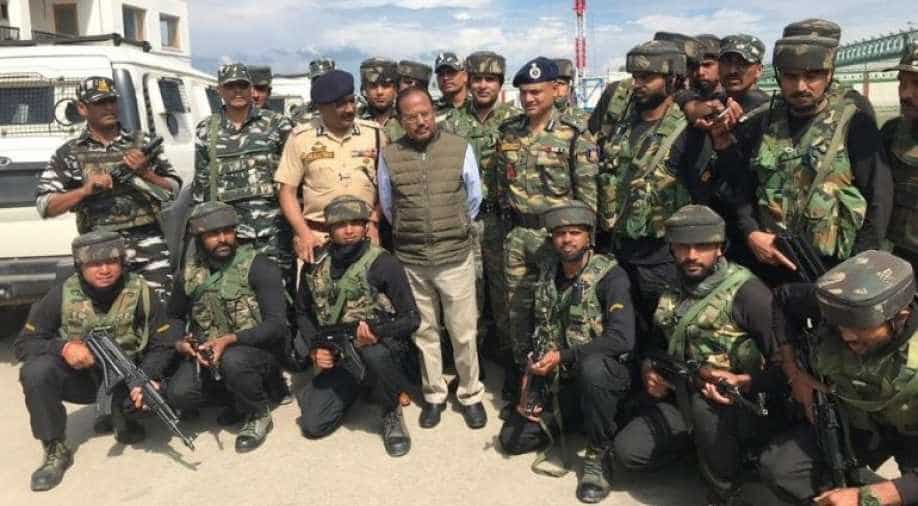 National Security Advisor Ajit Doval also interacted with locals in Shopian and had lunch with them.

Jammu and Kashmir DGP Dilbag Singh was also present at the moment.

'No violence has been reported in the Valley with the situation being largely peaceful," said DGP Dilbag Singh.

#WATCH Jammu and Kashmir: National Security Advisor Ajit Doval interacts with locals in Shopian, has lunch with them. pic.twitter.com/zPBNW1ZX9k

The Security forces are on high alert to deal with any fallout of the bifurcation of Jammu and Kashmir into two Union Territories and withdrawal of special status to the state.

Doval has been given a detailed briefing on the prevailing security situation in the state.

Meanwhile, the LoC witnessed heavy shelling in the past few days and the Indian Army also foiled a Border Action Team (BAT) raid on its posts, killing at least five Pakistan Army commandos.

The forces were expecting some retaliation and officials said they were prepared to meet any eventuality.