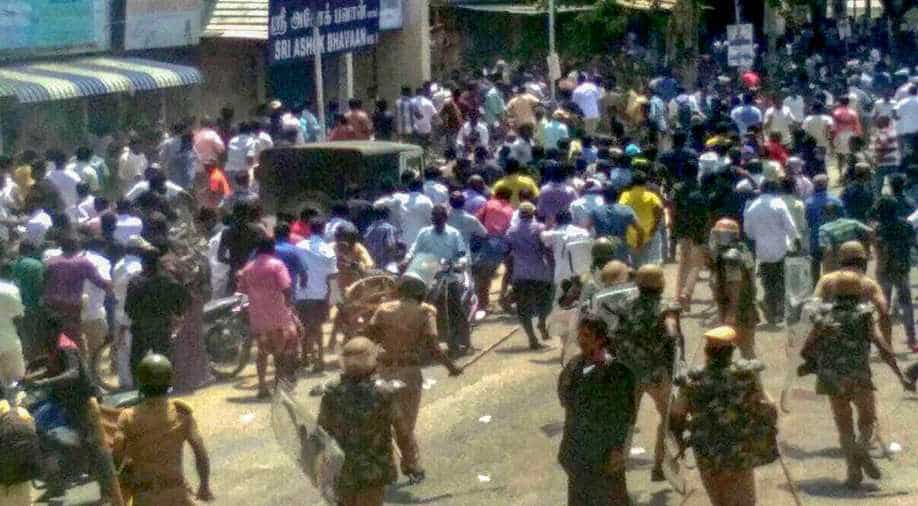 The DMK has called the deaths of 11 protesters in Tamil Nadu's Tuticorin a "Jallianwala Bagh-type massacre".

The comment was made by DMK leader Saravanan, who also called Tamil Nadu a "police state" and a "fascist regime".

“A recent survey shows that maximum protests happen in TN. That’s because of the inefficiency of the government. This is a Jallianwala Bagh-type of massacre. The government should pack up and go," news reports quoted Sarvanan as saying.

"Who ordered the police firing on protestors? Why were automatic weapons used to disperse the crowd and under what law is this permitted? Why were rubber/ plastic bullets or other means NOT used to avoid fatal injuries? Why was no warning given before firing?" he tweeted.

Thousands of people had hit the streets of Thootukudi (earlier called Tuticorin) Tuesday. They were protesting against a Sterlite copper-smelting plant which they say has caused immense environmental damage. They also allege the plant has caused an outbreak of disease in the area.

Sterlite is owned by the Vedanta group.

The protests against the plant have been going on for years. In 2013, the Supreme Court ordered the company to pay a Rs 100-crore fine.

The protests against the plant erupted again in February when it announced that it was doubling its capacity.

Tuesday had been the 100th consecutive day of protest.

On Wednesday, the Madurai bench of the Madras High Court stayed the plant's planned expansion.

Why was there not adequate police presence to maintain law and order during #SterliteProtest? Is it accurate to say that there was a total failure of State intelligence which led to these unfortunate deaths? Did IG-Intelligence brief police and @CMOTamilNadu on the situation?

And the Union Ministry of Home Affairs has asked the Tamil Nadu government for a report on the killings.