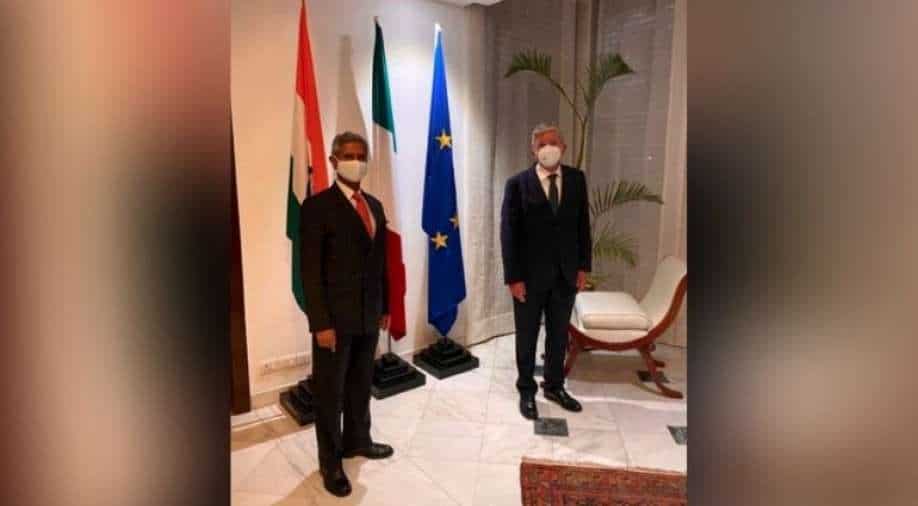 India's EAM Dr S. Jaishankar and Italian envoy to India Vincenzo de Luca at the inauguration of the Festival of Italian Culture in Delhi Photograph:( WION )

In a year when Italy remembers one of its greatest poets Dante Alighieri, the country has increased its cultural outreach in India. Last week saw the Italian envoy to India, Vincenzo de Luca inaugurating the Festival of Italian Culture in India. The mega festival of Italian culture in India was opened in the presence of the Indian Minister of Foreign Affairs S. Jaishankar and the Director-General of the Indian Council for Cultural Relations, Dinesh K. Patnaik.

The event was hosted at the Italian embassy in Delhi. The event which followed all the COVID-19 protocol was the first such physical event hosted by the embassy since the outbreak of the COVID-19 pandemic.

The outreach will see an important focus on Dante Alighieri whose 700th death anniversary comes this year. As part of events to remember him, programs will be held that will see a number of events such as participation of experts at the Jaipur Literature Festival (JLF) to musical, theatrical, and cinematographic productions dedicated to his masterpiece "Divine Comedy".

During last year's India-Italy virtual summit, the then Italian PM Giuseppe Conte had invited the Indian PM Modi to his country for the anniversary celebrations of Dante Alighieri. He has made many references to India, including references to River Ganges in his "Divine Comedy".

Meanwhile, Italy will be present in the principal Indian film festivals and will promote "innovative projects" as part of the outreach. Screenings of documentaries dedicated to India by Italian film directors — Pasolini and Rossellini — are scheduled for open-air cinema sessions. The second half of 2021 will see an exhibition of Italian fashion inspired by India, which will be hosted in a historic monument in Delhi.