It is a government of India matter: UK on farmer protest 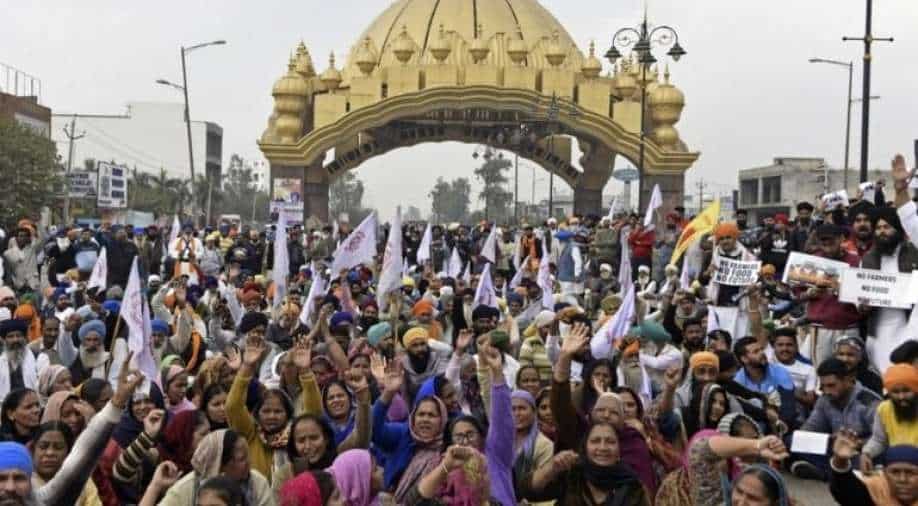 Farmers shout slogans during a nationwide general strike to protest against the recent agricultural reforms in Amritsar on December 8, 2020. Photograph:( AFP )

The United Kingdom has made its stance clear on the ongoing farmers protests in India, saying it's the Indian government's matter

The United Kingdom has made its stance clear on the ongoing farmers protests in India, saying it's the Indian government's matter.

In response to a WION question, spokesperson of UK's Foreign, Commonwealth and Development Office said, “The police handling of protests are a matter for the Government of India.”

Earlier in the day, the matter was raised in the British Parliament. In response to a question raised by Labour Party MP Tanmanjeet Singh Dhesi, British Prime minister Boris Johnson didn't give any direct response.

Boris said, "Of course, Mr Speaker, and our views as the honourable gentleman knows well of course we have serious concerns about what is happening between India and Pakistan but these are pre-eminently matters for those two governments to settle and I know that he appreciates that point".

Last week Canadian Prime Minister Justin Trudeau expressed his concern on the farmers protests in India leading to a sharp reaction from India. The Ministry of External Affairs called the comments "unwarranted", and summoned the Canadian envoy to India Nadir Patel, handing over a strong demarche.