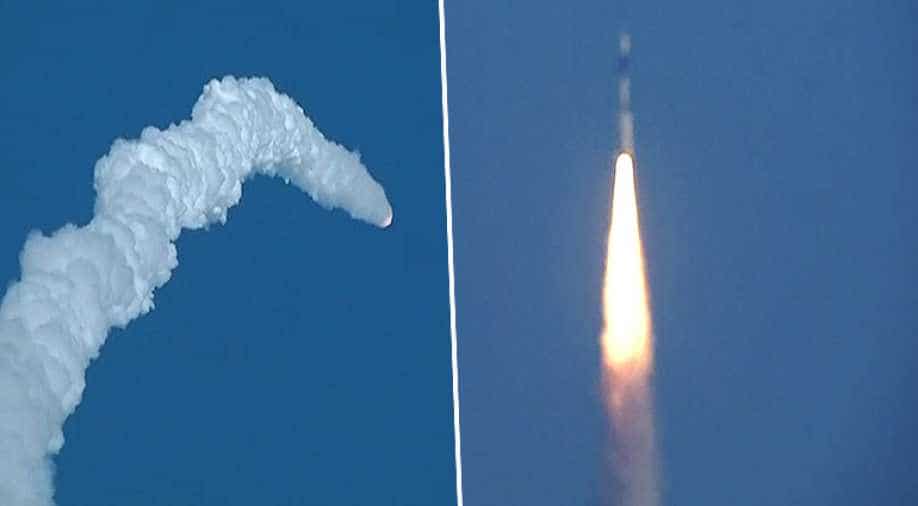 ISRO on Wednesday launched its GSAT-7A satellite from Sriharikota in Andhra Pradesh. The 2,250kg communication satellite was launched onboard ISRO's GSLV-F11 rocket.

The launch took place at 4.10 pm after a 26-hour countdown. The satellite is expected to aid air force and army communications.

Around 19 minutes after lift-off, the GSLV-F11 injected GSAT-7A into its intended orbit. It will be placed in its final geostationary orbit using propulsion systems onboard it.

According to ISRO (Indian Space Research Organisation), the satellite will take a few days after separation from its launcher to reach its orbital slot.

ISRO scientists broke into cheers as the satellite was injected into orbit.

According to the space agency officials, GSAT-7A will facilitate exclusive frequency flight communication for the air force.

From the Mission Control Centre, ISRO Chairman K Sivan said Wednesday's "successful and safe" launch was the third one in 35 days and came close on the heels of the "grand success" of two missions in November.

The GSLV-F11 successfully injected the "advanced" communication GSAT-7A into orbit, an elated Sivan said, describing the mission as "wonderful."

"This is the last mission of this year. We are going to initiate the new year with a grand mission soon," Sivan added.

The GSLV-F11 is the ISRO's fourth generation launch vehicle with three stages.

Four liquid strap-ons and a solid rocket motor at the core form the first stage of the launch vehicle, while the second stage is equipped with a high-thrust engine using liquid fuel, ISRO said.

The Cryogenic Upper Stage forms the third and final stage of the vehicle.

The seventh launch of 2018 from Sriharikota marks the 69th mission of GSLV-F11 for ISRO.