Intense rains and snowfall to lash Ladakh, Himachal and J&K during January 4-7: IMD 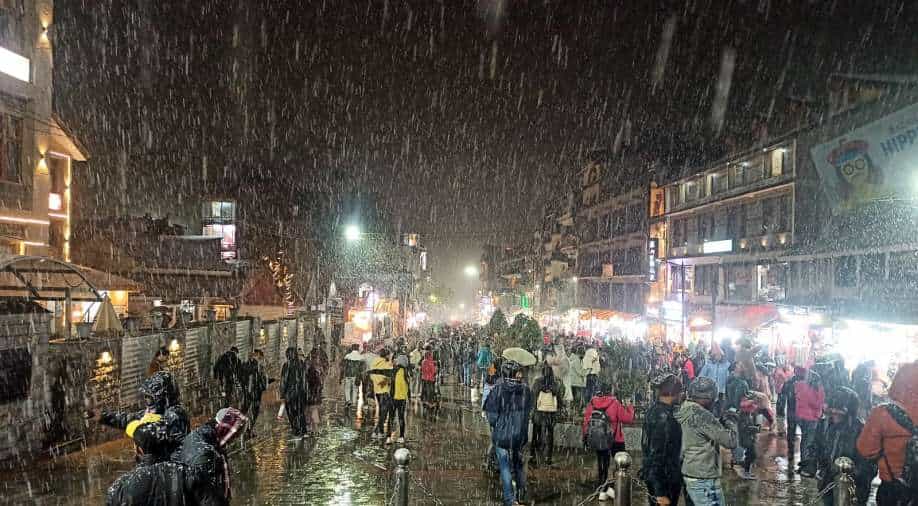 A western disturbance is impacting Jammu and Kashmir, Ladakh, region. Under its influence, we are expecting scattered rainfall or snowfall over the region in the next 48 hours.

Mrutyunjay Mohapatra, Director General of the India Meteorological Department (IMD), said on Saturday that between January 4 and 7, rainfall or snowfall could be expected in most parts of the western Himalayan region, including Jammu and Kashmir, Ladakh, Himachal Pradesh, and Uttarakhand, due to an active western disturbance approaching north-west India.

"A western disturbance is impacting Jammu and Kashmir, Ladakh, region. Under its influence, we are expecting scattered rainfall or snowfall over the region in the next 48 hours. From January 4, an active western disturbance will approach northwest India. Under its influence from January 4-7, there could be rainfall or snowfall at most places over the western Himalayan region like J-K, Ladakh, Himachal Pradesh and Uttarakhand. It will cause light to moderate rain or thundershower over plains of northwest India including Rajasthan, Punjab, Haryana, Chandigarh, Delhi, west Uttar Pradesh, and Madhya Pradesh," Mohapatra said.

He went on to say that as the western disturbance moves east, its intensity would reduce, but rainfall activity will increase into eastern India.

"As the western disturbance approaches north east India, the temperature rises. Therefore, the cold wave conditions that we are experiencing in some places over northwest India, will gradually abate. From January 4, the temperature in the planes of the country will be normal or above normal," the senior IMD official said.