INS Shardul to bring back over 200 Indians from Iran 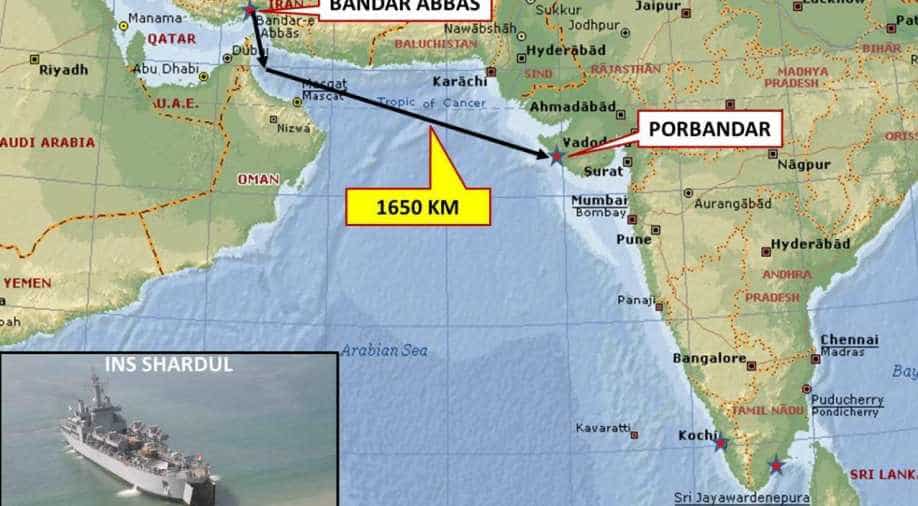 INS Shardul to bring back over 200 Indians Photograph:( WION )

The second phase of Samudra Setu from Iran is expected to facilitate the return of fishermen from Tamil Nadu and Kerala.

In the first phase of operation "Samudra Setu" from Iran, INS Shardul will bring back Indians from Bandar Abbas, Iran to Porbandar, Gujarat. It is part of the third phase of "Vande Bharat" mission announced by EAM Dr Jaishankar last month.

As far as INS Shardul is concerned, most of the over 200 Indians coming back are Gujarat fishermen. There are also some seafarers and workers. A 15-member team from the Indian mission in Tehran and consulates in Bandar Abbas and Zahedan have been present to coordinate the repatriation.

The second phase of Samudra Setu from Iran is expected to facilitate the return of fishermen from Tamil Nadu and Kerala.

There are more than 1,000 Indian fishermen in Iran’s southern provinces of Hormozgan and Bushehr. They are spread over a large geographical area of around 500 kms and live in remote areas such as Asaluyeh, Chiruyeh, Charak, Lavan island, Moqam, Bustaneh and the popular tourist place, Kish island.

They operate from small jetties. These fishermen hail primarily from Tamil Nadu, Gujarat and Kerala. They have been earning their livelihood in Iran over the last 4-5 years.

The Indian mission in Tehran and its Consulate in Bandar Abbas have been in constant touch with these fishermen during the COVID-19 pandemic and had provided essential supplies to them in March despite inter-province lockdown and other restrictions.

Last month saw India beginning repatriation from the Maldives via INS Jalashwa and INS Magar. It was expanded to Sri Lanka earlier this month. More than 2,500 people in the two countries have been brought back via two Navy ships.

Iran was among the earliest countries to be significantly impacted by the coronavirus. The first case in Iran was reported on February.

Special flights to repatriate Indian nationals from Iran started in early March. There were as many as seven flights in March and two in May.

More than 1,500 Indians have been brought back home via these flights, including more than 1100 pilgrims (around 900 from Ladakh, more than 100 from J&K and around 50 from Maharashtra), around 200 students, mostly from J&K, and more than 50 seafarers from all over India.