Indian, US navies have 'shared interest': US Navy chief 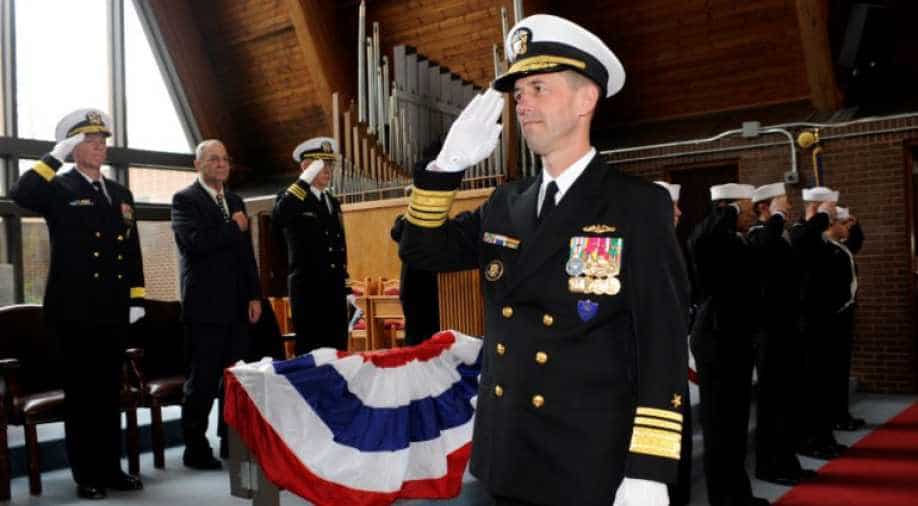 India and the US have a shared interest that their navies provide security which guarantees a peaceful and prosperous Indo-Pacific region, a US Navy chief has said.

US chief of Naval Operations Admiral John Richardson had a meeting at the Pentagon with Indian Navy chief Admiral Sunil Lanba who is on a five-day visit to America.

It was Richardson's fourth meeting with Lanba. The two had last met at the IMDEX Asia defence conference in May 2017.

"We have a shared interest that our navies provide the security that underwrites a peaceful and prosperous Indo-Pacific region," Richardson told PTI yesterday after his meeting with Lanba.

"I've met often with Admiral Lanba and our discussions center on a naval partnership built on respect and trust," he said.

The two heads of Navy met with Secretary of Navy Richard V Spencer and discussed ways to improve interoperability to include additional naval exercises and staff talks, said a Pentagon readout of the meeting.

"Naval exercises like Malabar and the Rim-of-the-Pacific are examples of our deepening cooperation and I look forward to continuing to explore opportunities that increase our interoperability," Richardson said.

He is on a five-day visit to the US during which he will hold extensive talks with the top military brass of the Trump administration to consolidate bilateral naval cooperation, including in the Indo-Pacific region.

The US has been pushing for a broader role for India in the strategically important Indo-Pacific region.

In November last year, India, the US, Australia and Japan gave shape to the long-pending Quad or quadrilateral corridor to develop a new strategy to keep the critical sea routes in the Indo-Pacific free from Chinese influence.

"The relationship between the US Navy and the Indian Navy has never been stronger," said Richardson.

"There has been meaningful progress made in strengthening the cooperation between our two-great democratic and maritime nations. We are exploring every way to expand that partnership even further based on our shared interests," he said.

India was accorded Major Defence Partner status by the US in 2016, bringing New Delhi on par with Washington's closest allies for defence-related trade and technology transfer.

The Indian Navy cooperates with the US Navy on several fronts which include operational interactions such as the Malabar naval exercise and exchange of white shipping information.
Warships from both navies have also been regularly visiting each other's ports.