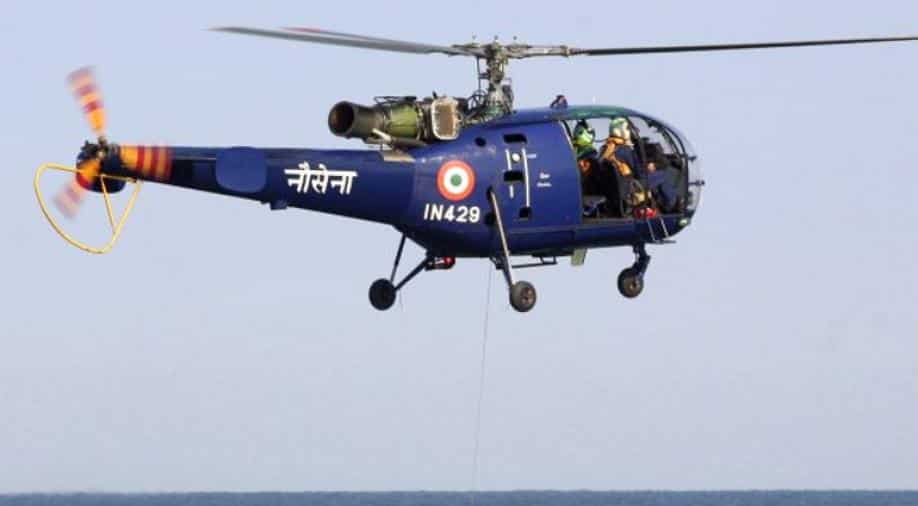 An Indian Navy Chetak helicopter crashed on Monday which was on a training sortie crash landed at INS Rajali in Tamil Nadu, Navy said in a statement.

According to police and naval officials, three persons who were on board were safe and no casualty has been reported as of now.

The Chetak CH422 crashed while carrying out dry winching dual sortie. The chopper has suffered damage to main and tail rotors according to the reports.