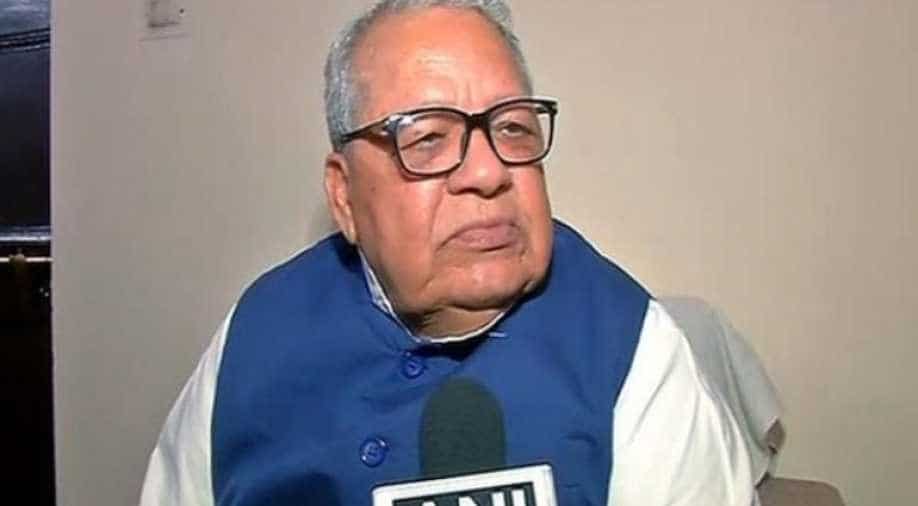 Expressing views over the abrogation of Article 370, Mishra said, It was a practical approach towards accomplishing the unity and integrity of the nation.

Kalraj Mishra, who was on Sunday appointed as the Governor of Rajasthan, asserted that India will take back the part of Kashmir illegally occupied by Pakistan.

"Pakistan thinks that Pakistan-occupied Kashmir, which is a part of India, is theirs. They are scared that in the future, PoK will come to India. This is our resolution, we will take PoK back," Mishra said here on Sunday.

Expressing views over the abrogation of Article 370, Mishra said, "It was a practical approach towards accomplishing the unity and integrity of the nation. Now when a law will be made, it will be implemented everywhere across the country."

An official communique from Rashtrapati Bhavan yesterday said, "The President of India is pleased to announce that Kalraj Mishra, Governor of Himachal Pradesh is transferred and appointed as Governor of Rajasthan."

The appointment will take effect from the date he will assume the charge of the office. BJP leader Bandaru Dattatreya has replaced Mishra in Himachal Pradesh.