India to store its crude oil in US' strategic petroleum reserves 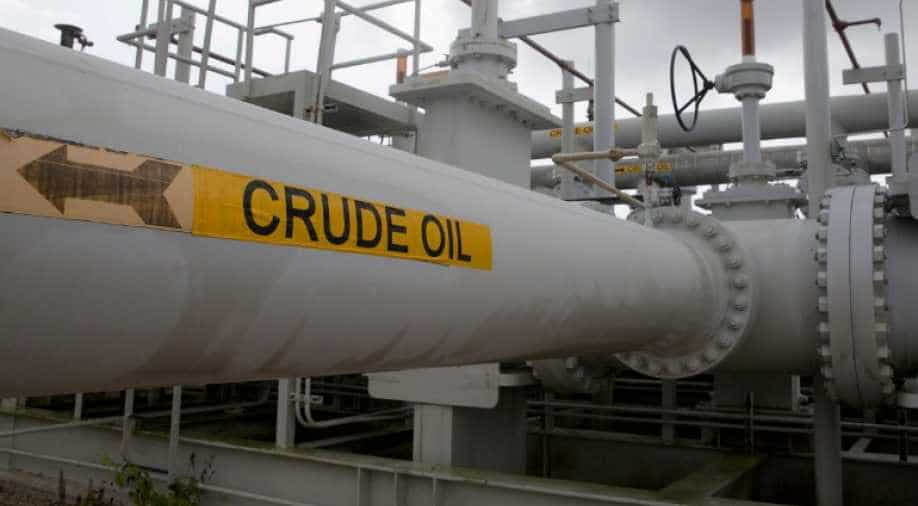 For one, India will have to pay a rental for hiring the storages in the US. This rental will be on top of the international price for oil.

India plans to store its crude oil in US strategic petroleum reserves for use not just during emergencies but also for trading to capture any price advantage, officials said.

Also read: Biden as US president would help India get seat on UNSC: Former American diplomat

India and the US on July 17 signed a preliminary agreement for cooperating on emergency crude oil reserves, including the possibility of India storing oil in the US emergency stockpile.

"It is a good concept but comes with a lot of riders," a senior government official said.

For one, India will have to pay a rental for hiring the storages in the US. This rental will be on top of the international price for oil.

"The alternative is to build our own strategic reserves which will involve huge capital cost and will take a few years to construct. So the rental is a small fee to pay to get immediate access to a strategic reserve," the official said.

Strategic petroleum reserves (SPR) in the US are built and maintained by private companies.

The oil stored in the US reserves can be used for the nation's own needs or can be traded to capture price advantage, he said adding these two scenarios work when oil prices rise after India has bought and stored oil in US reserves.

"But if the prices fall, you will book losses," he said.

Also, if the sea route is obstructed, having a stockpile in the US will make no difference to India's energy security as the country will not be able to access them, he said. "It takes a month to ship oil from the US."

Storing oil in the US is a kind of physical hedging and all hedging comes with a cost, he said.

More importantly, storing large volumes involves paying upfront on purchase of crude oil and companies will have to block so much capital.

India had begun exploring the possibility of storing oil in the US a few months back but couldn't make much headway as COVID-19 pummelled demand, leading to excess oil around the globe that filled every inch of storage including those on ships.

Demand is returned but is less than pre-Covid levels.

In such a scenario, storing oil in the US would make a lot of sense if India were to hire a strategic facility maintained by an American oil producer.

"The commercial deal can be structured in such a way that we support the US firm to keep producing even when demand falls, and in return get access to its storage," the official said.

On July 17, India and US signed a memorandum of understanding (MoU) that will allow the US to begin sharing with India the knowhow on establishment of a strategic petroleum reserve (SPR). The pact also allows India to explore the possibility of storing its oil in US SPR, comprising underground caverns in Texas and Louisiana.

US President Donald Trump in March ordered filling the SPR to its full capacity of about 714 million barrels but Congress failed to fund a purchase.
Speaking to reporters after signing of the MoU, US Energy Secretary Dan Brouillette had stated that the India pact could mirror a recent plan with

Australia, which in April committed to spending about USD 60 million to build an emergency oil stockpile, first by buying crude to store in the US SPR.

Global oil prices fell steeply earlier this year as shutdowns from the novel coronavirus sapped demand, but have stabilised at around USD 43 a barrel.

"We are in an advanced stage of discussions for storing crude oil US strategic petroleum reserves to increase India's strategic oil stockpile," Oil Minister Dharmendra Pradhan had said on Friday after co-chairing the second India-US Strategic Energy Partnership Ministerial with Brouillette.

The US has 714 million barrels of oil storage capacity in its strategic petroleum reserve, the world's largest supply of emergency crude oil.

In comparison, India stores 5.33 million tonnes (about 38 million barrels) of crude oil in underground storages at three locations on the east and west coast, hardly enough to meet its 9.5 days needs.

The International Energy Agency (IEA) prescribes its members to have at least 90 days of stock in the strategic reserves.

India has been looking to expand the storage capacity by another 6.5 million tonnes and is also exploring the possibility of hiring storage in the US to stock some oil that can be used in times of extreme price volatility or supply disruption.

India is the fourth-largest export destination for US crude.

"Between 2017 and last year, US crude oil exports to India rose by nearly 10-folds to almost 2,50,000 barrels per day. Between March 2016 and May of this year, 68 LNG shipments of over 234 billion cubic feet were exported to India," Brouillette had said on Friday.

The US is India's sixth-largest oil supplier.

The volume that Brouillette talked about translates into 12.5 million tonnes of oil imports in a year.

India, which is 85 per cent dependent on imports to meet its oil needs, bought 101.4 million tonnes of crude oil from overseas during April 2019 to March 2020.