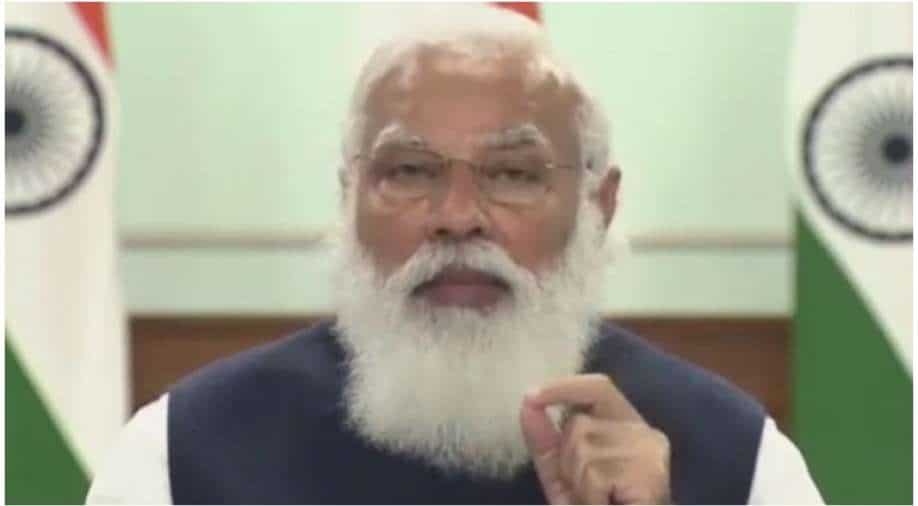 The vessel has already been delivered to Seychelles on March 16th and will be officially handed over Seychelles Coast Guard during the virtual event that will take place at 5 pm IST.

India will be gifting a Fast Patrol Vessel worth Rs 100 crore to Seychelles Coast Guard at the virtual event on Thursday that will be presided over by Indian Prime minister Narendra Modi and the new President of Seychelles Wavel Ramkalawan.

The 48.9 m Fast Patrol Vessel, built by Garden Reach Shipbuilders & Engineering will be used for multi-purpose operations, such as patrolling, anti-smuggling, anti-poaching, and search and rescue (SAR).

The vessel has already been delivered to Seychelles on March 16th and will be officially handed over to Seychelles Coast Guard during the virtual event that will take place at 5 pm IST.

The Fast Patrol Vessel will be the fourth ship to be gifted by India to Seychelles and is named PS Zoroaster. The other vessels gifted by India include PS Topaz (2005), PS Constant (2014), Patrol Boat Hermes (2016).

Interestingly, over 50% of Seychelles’ maritime and air assets and around 70% of capacity development in terms of training, exercise, and human resource expertise are provided by India.

The development comes even as the Indian Ocean has seen increased threats such as privacy, illegal fishing, or Chinese presence.

India will also hand over a 1 MW Solar Power Plant at Romainville Island of Seychelles. The plant has been completed as part of the ‘Solar photovoltaic Democratization Project’ being implemented in Seychelles by the Government of India under grant assistance.

The 1 MW solar plant project will generate around 14 lakh units of power annually meeting the electricity consumption of around 400 Seychellois houses all around the year.

A release from India's ministry of external affairs said, " Seychelles occupies a central place in the Prime Minister’s vision of ‘SAGAR’ - ‘Security and Growth for All in the Region’.

The inauguration of these key projects demonstrates India’s privileged and time-tested role as a reliable partner of Seychelles for meeting its infrastructural, developmental and security requirements and is a testimony to the deep and friendly ties between the people of India and Seychelles."

Other than handing over of patrol boat and solar power plant, both sides will jointly inaugurate the new Magistrates’ Court Building in Seychelles, 10 High Impact Community Development Projects.

The building brings together Magistrate courts spread over different locations in Mahé into a single building. It houses eight courtrooms spread over three floors, waiting for areas for the public and parking space for court users, multi-functional conference rooms, and other such facilities.

Thursday's virtual event will be the first interaction of Prime Minister Modi with President Wavel Ramkalawan of Seychelles. President Wavel, who is of Indian origin with ancestral roots in the Gopalganj district of Bihar came to power in October 2020. He had visited India in January 2018 as a part of the PIO Parliamentarian’s Conference and had visited his native village ‘Parsauni’.

India has been increasing its engagement with Seychelles, with EAM Jaishanker visiting the country in November 2020, becoming the first foreign minister to visit the country after Ramkalawan took charge.

Indian PM Modi had visited the country in 2015, which was the first Prime Ministerial visit from India in 33 years.

In pandemic, it's not gold but cigarettes where smugglers are making money

We are tracking the course of the COVID outbreak in India very closely: US