India, China agree on importance of maintaining peace along border 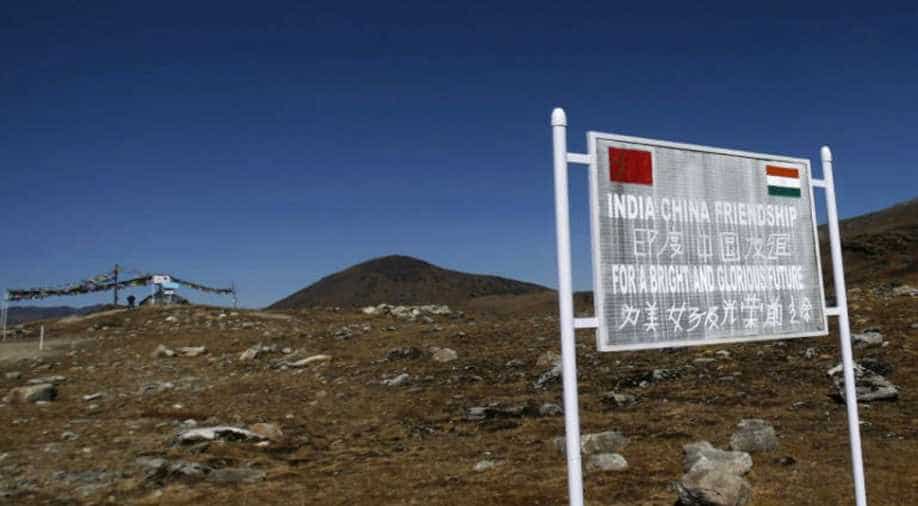 A year after the Doklam standoff, top defence officials of India and China have agreed on the importance of maintaining peace in the border areas while implementing the consensus reached between Prime Minister Narendra Modi and President Xi Jinping at Wuhan.

The ninth annual defence and security dialogue on November 13 was held over a year after the 73-day military standoff in the Sikkim sector.

The talks were held between the two defence delegations headed by Defence Secretary Sanjay Mitra and China's Deputy Chief of Joint Staff Department of the Central Military Commission Lt General Shao Yuanming, a press release by the Indian Embassy here said on Thursday.

Asked about the outcome of the defence and security dialogue, Chinese foreign ministry spokesperson Hua Chunying said the two sides have exchanged ideas on the management of border affairs and upholding peace and tranquillity.

"We believe the two sides will try to follow the consensus between the two leaders to ensure peace and tranquillity at our border areas and ensure stability of our bilateral ties," she said.

At the talks, both sides agreed on enhancing defence exchanges and interactions at different levels between the two militaries, the press release said.

After the talks, Mitra called on Chinese State Councillor and Defence Minister General Wei Fenghe on Wednesday, the release said.

Mitra was accompanied by senior officials of the ministry of defence and Indian Army, Navy and Air Force.

The annual dialogue did not take place last year following the tense standoff between the two militaries at Doklam, which was triggered by the Chinese PLA's plan to build a road close to the narrow Chicken's Neck corridor connecting India's northeastern states in an area also claimed by Bhutan besides China.

The standoff ended when Chinese troops stopped the road construction after which both countries stepped up efforts to normalise relations leading to the informal summit between Modi and Xi at Wuhan in April this year.

The defence dialogue was also held ahead of the 21st round of border talks between the Special Representatives of the two countries in the Chinese city of Dujiangyan on November 23-24.

Besides efforts to work out a solution to resolve the dispute on the border spanning 3,488 kms, the border talks also focussed on discussions on other aspects of India-China relations.

The two militaries are due to hold the annual 'Hand-in-Hand' drills next month in China after gap of one year.

During the dialogue, both sides also agreed on specific defence exchanges for 2019.
"Both sides agreed to enhance exchanges and interactions through reciprocal high-level visits between the two ministries of defence as well as between military commands, joint training exercises, mutual visits by defence personnel including mid-level and cadet officers were also agreed upon," the Indian Embassy release said.

They reiterated the importance of maintaining peace and tranquillity in the border areas, implementing the consensus reached between Modi and Xi and specific additional confidence building measures at the operational level, it said.

The two nations also had an exchange of views on regional and global issues.
"Both sides underlined the importance of this dialogue as an important mechanism between the two countries for consultations on defence and security matters. They emphasised the need to further strengthen military-to-military ties in order to strengthen political and strategic mutual trust between the two countries," it said.

Both sides agreed to hold the next round of the dialogue at a mutually convenient time in India in 2019.