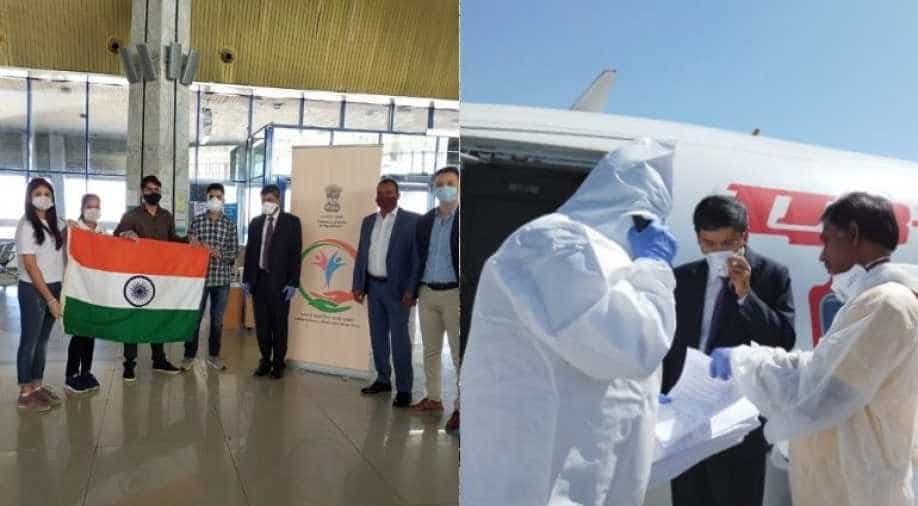 Overall, 3 Flights from Karaganda, 2 flights from Nur Sultan, 2 from Almaty will be coming in next week.

India has begun repatriation of its citizens from Kazakhstan, with first flight leaving on Tuesday. With 3400 Indians registered for repatriation, a thousand are expected back in the first phase which will see flights daily from the central Asian country to India.

India's ambassador to Kazakhstan Prabhat Kumar, speaking to WION from Kazakhstan said, "We are starting evacuation from Kazakhstan. Today is the first flight from Karaganda. We have 7 flights from Karaganda, Almaty, Nur Sultan. From 26th May till 1st, every day one flight which will be taking a thousand people to India. We have registered around 3400 people for evacuation, the rest of the people will be covered in the next phase."

Overall, 3 Flights from Karaganda, 2 flights from Nur Sultan, 2 from Almaty will be coming in next week.

Most of the passengers are students with New Delhi requesting for chartered flights to take care of the workers. Several Indian workers are working to build the mega Abu Dhabi plaza in Capital Nur Sultan.

The plaza consists of offices, residential places and once completed will be the tallest building in the whole of Central Asia.